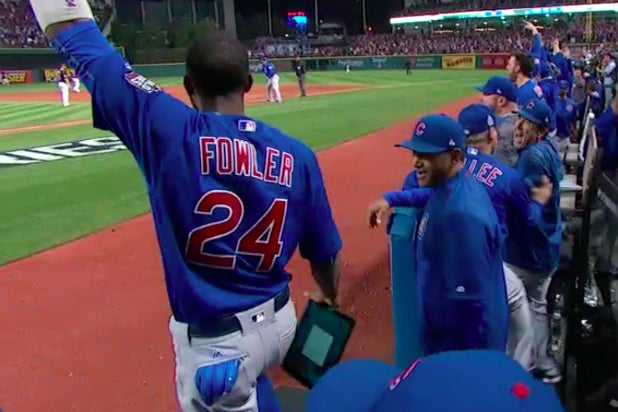 The Chicago Cubs won a must-win Game 6 last night, and Fox Sports is as happy as those that frequent Wrigley Field.

The potential closeout game for the home-team Cleveland Indians scored a 14.8/24 in the very early metered market ratings. That’s the best for a Game 6 since 2009, when the Philadelphia Phillies and New York Yankees combined for a 15.5/25. The Bronx Bombers won — and the series — that night.

Meanwhile, Tuesday’s contest did 66 percent better than Fox’s last Game 6, which took place in 2014, and featured the San Francisco Giants versus the Kansas City Royals.

Last night projects to be Fox’s top Tuesday primetime since March 2010. And it’ll easily beat all broadcast competition — even combined.

The deciding 2016 World Series Game 7 takes place tonight in Cleveland at 8 p.m. ET. Who you got? Let us know in the comments section.