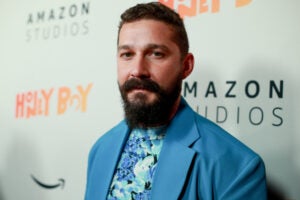 ”What I saw leading into a really unexpected pandemic was the shift to direct-to-consumer for what I call the age of personalization,“ says UCLA’s Jay Tucker

The pandemic has brought waves of layoffs to Hollywood entertainment companies, including more than 100,000 furloughs at Disney early in the pandemic, many of which have turned into 28,000 layoffs with another 4,000 layoffs to come in 2021.

Whether those layoffs will lead to a permanent change in the entertainment industry was the subject of the first WrapPRO Roundtable, a new monthly video series tapping Hollywood experts to go behind the scenes.

Two entertainment business experts, one from UCLA and one from USC, came together to talk about something besides football to discuss the new employment landscape.

Gene Del Vecchio, an adjunct professor of marketing at USC’s Marshall School of Business, and Jay Tucker, who heads up the Center for Management Enterprise in Media, Entertainment and Sports for UCLA’s Anderson School of Management, say that  staggering furloughs and layoffs at mega-companies including Disney and NBCUniversal, as well as at smaller companies and studios, talent agencies, union workers and so on down the Hollywood food chain, may result in a new breed of creative executives  when COVID-19 recedes into the background in 2021.

The panel was moderated by Diane Haithman, senior entertainment business reporter for TheWrap. Here are a few edited excerpts. For the complete conversation, watch the video above.

Let’s start with you, Gene. When the pandemic is over will things go back to the way they were or has Hollywood employment changed forever?

Jay Tucker: I think Gene nailed it in terms of the short-term shock versus the long-term implications. Not all of the layoffs are COVID-related. One of the things we talk about here at Anderson is the idea that crises like this accelerate changes that were already underway. And what I saw was leading into a really unexpected pandemic was the shift to direct-to-consumer for what I call the age of personalization, where we are putting the consumer at the center of the business model, thinking more about how you monetize a following, versus how do you monetize a particular movie or sporting event or what have you.

Will the rise of streaming call for a permanent change in the executive suites? Will a new skill set be called for?
Tucker: We’ve had an attenuated period where the quantitative stuff was separated from the tech stuff. You have taste makers, essentially, in executive roles who were brilliant at understanding what (content) would land properly with certain audiences, and at making great decisions around portfolio projects and titles they were going to greenlight. But now we can give that person with a great gut … all this information from the data coming off streaming services and social media and so forth. We understand the consumer so much better than we have in the past.

Del Vecchio:  Where’s the power gonna lie?  It’s going to be content, and it’s going to be streaming, in terms of a skill set. One skill set is understanding the lifetime value of a customer. As Jay pointed out after theatrical release, in 30 or 90 days it used to go on DVD or pay, and then streaming, and then finally you get it for free on ABC, NBC or CBS.  That’s completely broken down. Now, the people with the skill sets have to understand the lifetime value of a consumer.