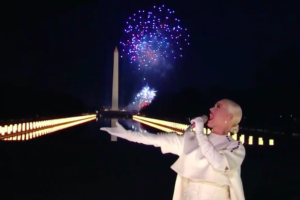 As the independent film world prepares to head to a mostly remote Sundance Film Festival next week, veterans of the industry are weighing how much the pandemic has accelerated changes to distribution models and what the decline of traditional theatrical distribution and the rise of streaming means for them.

“People are always saying the sky is falling and the world is ending, but somehow we always adapt to the new normal. I don’t think independent filmmaking is going anywhere, at all,”  Josh Welsh, president of the nonprofit Film Independent, said during the latest WrapPRO Roundtable, moderated by TheWrap’s Diane Haithman. “I’ve been at Film Independent for about 20 years, and one constant is that the distribution landscape is constantly changing.”

One change for Film Independent came on Thursday, when the organization announced that its Film Independent Spirit Awards would break with tradition by moving its usual freewheeling show at the beach near the Santa Monica Pier from the Saturday afternoon before the Academy Awards to Thursday. The Indie Spirits will now be held the evening of April 22 for a primetime broadcast on IFC.

Welsh said IFC  hopes to draw its largest audience by moving into a weekday primetime slot. But this is not a permanent change: “We will miss the beach, but this is is a one-time thing,” Welsh insisted.

A change in the industry that panelists suggested does appear to be permanent — the new theatrical, streaming movie release models announced during COVID-19.

The bombshell was Warner Bros.’ Dec. 3 announcement that the AT&T-owned studio would be premiering all of its 2021 films concurrently in theaters and on HBO Max. Though the decision was driven by the pandemic, the film community feared that this move, as well as other moves toward streaming debuts, represented a permanent death knell for theatrical debuts.

“The companies are shrinking,” Ted Mundorff, president and COO of Arclight Cinemas/Pacific Theatres, said. “In the last 100 years, just talking about the major distribution studios, there have been six or seven, and they have been very constant. Today, there’s four. What happened? Warner Bros. is now being run by a telephone company… (only four) major distribution companies will hurt the general landscape.”

Mollye Asher, an award-winning independent filmmaker whose credits include “Swallow,” “The Rider” and most recently “Nomadland,” looked at the issue on a more personal level. “It’s a shame not to be able to see it in a theater,” she said of the critically-acclaimed “Nomadland,” which was named the best film of 2020 by the National Society of Film Critics. “I saw it with an audience at the drive-in that Telluride had, but you are alone in your car.”

Effie Brown, CEO of Gamechanger Films, confessed with a guilty laugh that she has been enjoying watching movies at home without lines, screaming kids and the sound of munching popcorn. However, she also sees some advantages to streaming for independent filmmakers, including being paid by a streamer for the film up front rather than waiting for a share of any box office success.

“My business model for 2021 is much different from my business model in 2020,” said Brown, whose Gamechanger Films launched in 2013 as the first film fund for female filmmakers and now includes projects by and about people of color, LGBTQ+ and people with disabilities.

“So here’s the skinny,” Brown added. “I just want people to remember, independent film was struggling before this…the industry was changing from the get-go. What we wanted to have happened, what could have, would have, should have happened, that’s not happening. That’s not where we are right now.”