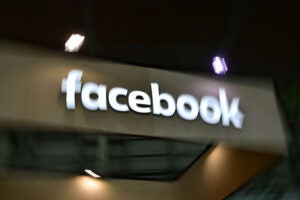 What Facebook’s Ban on News in Australia Means for the U.S.

“The one thing I worry about is unless we band together, this is just one moment in time,” BET’s Rose Catherine Pinkney says

The representation of multicultural characters on screen in 2021 shows early signs of moving toward a reality that is more reflective of today’s society.

For years, Hollywood’s attempt at diversity on screen usually meant a single, one-dimensional character of color in a sea of white faces, Darrell Miller, partner at Fox Rothschild, said during the latest WrapPRO Roundtable moderated by TheWrap’s Diane Haithman.

Darnell Brisco, head of growth for the Los Angeles BOND creative marketing agency, said he had been observing the shift prior to Harris’ groundbreaking election as the first Black, Asian and woman elected to the office of Vice President of the United States.  However, he noted that her presence on the national scene forced newscasters and journalists to rethink the way they have traditionally spoken of racial identity.

“You found people tripping up at times, as they tried to describe all the things she is,” Brisco said. “And the thing that I found really unique, and honestly a little bit refreshing, is that it is probably the most accurate and authentic depiction that I’ve seen when we’re talking about people of color.”

Also Read: What Kamala Harris Means for Diversity and Inclusion in Hollywood

Miller and Brisco were joined on the WrapPRO panel by Rose Catherine Pinkney, a veteran creative executive  currently serving as senior VP of scripted programming at Black Entertainment Network (BET) and producer and director Jessy Terrero, founder of Cinema Giants, a company dedicated to the development of Latin Urban content in both Spanish and English.

The panelists said advertising has been quicker to break racial barriers than entertainment content.

“What I have noticed this year (in advertising), and in the last couple of years, is more of the taboo — the interracial couples,” Pinkney said. “You know, black men with white women, and looking at their mixed families. Which I think is amazing, because that’s what the world is like.”

Terrero, who is Dominican-American, said he has found less effort being made for Latino inclusion than Black inclusion in today’s Hollywood. However, he said all Black, Indigenous and people of color (known as BIPOC) creatives in Hollywood tend to face stereotyping, even when inclusion efforts are launched.

“You know, they would create these programs, you go through the shadowing programs, but you feel this is a ‘minority program’ because someone’s feeling like they have to hire a director of color,” he said. “And I’m just like: I went to film school, my camera’s not Latino; it’s a camera like everybody’s using. But I gotta sit here and shadow some guy that’s got less credits than me.”

One point all four panelists agreed on:  Having BIPOC projects attacked by critics and on social media is not the best way to ensure that more such projects will get done. Pinkney and Terrero both cited the recent Netflix hit series “Bridgerton” as a production that offered a multiracial cast but still took heat on social media for the attempt.

Also Read: Does 'Bridgerton' Have a Race Problem?

“My hope is that we can keep the conversation going, so we can keep people moving up through the system so that they get to a place where they are making the decisions and hiring the people in front of the cameras and behind the cameras,” Pinkney said. “We’re not going to do that unless we can stop critiquing every move that gets made, and see it as a positive in the greater whole.”

Hollywood Desperate for ‘Someone’ to Save Arclight Theatre: ‘Netflix You Know What to Do’