For the first time in WWE history, a women’s wrestling match will main-event WrestleMania. Next month’s WrestleMania 35 will be closed by a Triple Threat match between Raw Woman’s Champion Ronda Rousey, Charlotte Flair and Becky Lynch.

Their fellow WWE Superstar Natalya predicted the Women’s Division would close the next so-called Super Bowl of pro-wrestling when she stopped by TheWrap’s offices in the fall.

WrestleMania 35 is set for Sunday, April 7 at New York/New Jersey’s MetLife Stadium. It will stream live on WWE Network. 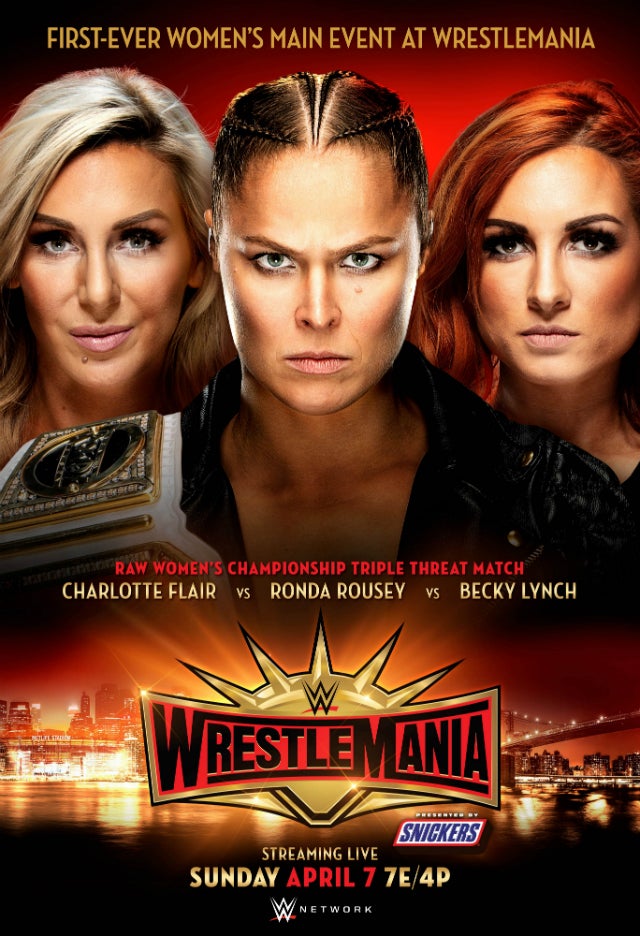 Also Read: Impact Wrestling to Use OVW as Its Minor Leagues Again

Monday’s official announcement that Rousey-Flair-Lynch will close the pay-per-view doesn’t come as a huge shock, but it is huge progress. Many people have considered the women main-eventing WrestleMania to be the final hurdle for the WWE Women’s Division.

Three years ago at 2016’s WrestleMania 32, WWE re-branded the “Divas Division” as the “Women’s Division” and unveiled a new Women’s Championship title. Since then, the company’s women’s evolution has placed a greater spotlight on its female performers, including more prominent storylines and deeper character development that showcases their athleticism, charisma and star power. Those are WWE’s flowery words from its Monday media release — but they’re also correct.