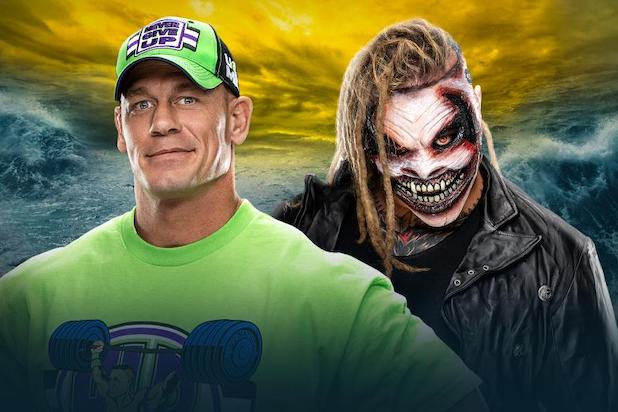 WWE has decided to split the audience-free WrestleMania 36 into a two-night event. The pay-per-view will now begin on Saturday, April 4, and wrap up on its original evening, Sunday, April 5.

Additionally, WWE said WrestleMania 36 will now “include multiple locations.” All locations will be closed sets due to the coronavirus pandemic, a spokesperson for the professional wrestling company told TheWrap.

Former NFL great Rob Gronkowski, who will debut as a WWE talent on Friday’s “SmackDown” on Fox, is set to host WrestleMania 36.

The WWE spokesperson told TheWrap that Saturday will not serve as a pre-show but will feature matches from the main card.

TheWrap first reported Gronkowski had signed with WWE, is debuting on Friday’s “SmackDown” and will be appearing at WrestleMania 36.

WrestleMania 36 was supposed to take place at Tampa Bay’s Raymond James Stadium, which houses 65,000 fans. Due to precautions over the coronavirus pandemic, WWE announced on Monday that the event would be moved to the WWE Performance Center (PC) in Orlando and take place without a live crowd. It added that “all related events” in Tampa “will not take place.”

Last Friday’s “SmackDown” and this past Monday’s “Raw” both took place without crowds at the PC.

At that time, WrestleMania 36 was still set to be a single-night event that would stream live on Sunday, April 5, at 7 p.m. ET on WWE Network and be available on pay-per-view.

WrestleMania is WWE’s largest event of the year and ‘Mania 36 will mark the first time that the so-called Super Bowl of sports entertainment is a multi-night event.

Readers can find TheWrap’s deep dive into how much money WWE and Tampa Bay lost when ‘Mania was moved here.