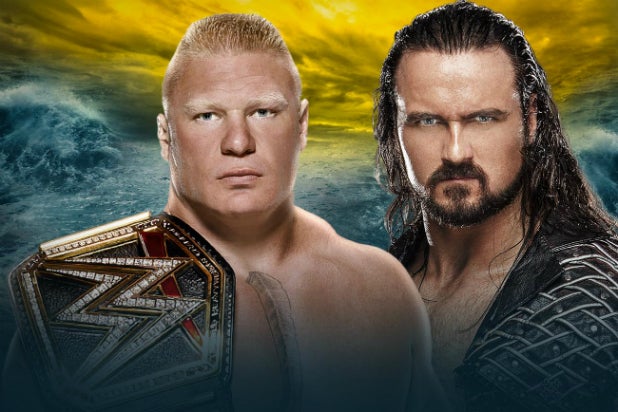 WWE has moved April 5’s WrestleMania 36 from Tampa Bay’s Raymond James Stadium to the WWE Performance Center, where the pay-per-view will take place without a live crowd. The decision makes a 2020 arena WrestleMania the latest live-event casualty of the coronavirus pandemic.

“All related events” in Tampa “will not take place,” a WWE spokesperson said Monday in a statement to media members.

“In coordination with local partners and government officials, WrestleMania and all related events in Tampa Bay will not take place,” the WWE statement read. “However, WrestleMania will still stream live on Sunday, April 5 at 7 p.m. ET on WWE Network and be available on pay-per-view. Only essential personnel will be on the closed set at WWE’s training facility in Orlando, Florida to produce WrestleMania.”

Raymond James Stadium, where the NFL’s Tampa Bay Buccaneers play, seats 65,618. On April 5, it will seat zero. The WWE PC will only seat some commentators that evening.

WWE moved Friday’s “SmackDown” from Detroit to the Performance Center. The Fox series grew 5.5% in total TV viewers that evening, according to Nielsen.

Tonight’s “Monday Night Raw” will also take place at the state-of-the-art training facility. It was supposed to tape in Boston.

The three-hour “Raw,” which will feature the return of “Stone Cold” Steve Austin, starts at 8/7c on USA Network.

WrestleMania is WWE’s largest event of the year. This year’s marquee matches include Drew McIntyre vs. Brock Lesnar, Roman Reigns vs. Goldberg, Shayna Baszler vs. Becky Lynch and John Cena vs. “The Fiend” Bray Wyatt.

As TheWrap exclusively reported, former New England Patriots star Rob Gronkowski is set to appear at WrestleMania 36. Read about his signing with WWE via the above “Also Read.”

The Tampa city council met on Thursday to discuss upcoming events. They punted on what to do with WrestleMania, which would have generated a great deal of revenue for the local economy. Though the council is set to meet again this Thursday at 1:30 p.m. ET, members will now have one less item to discuss.