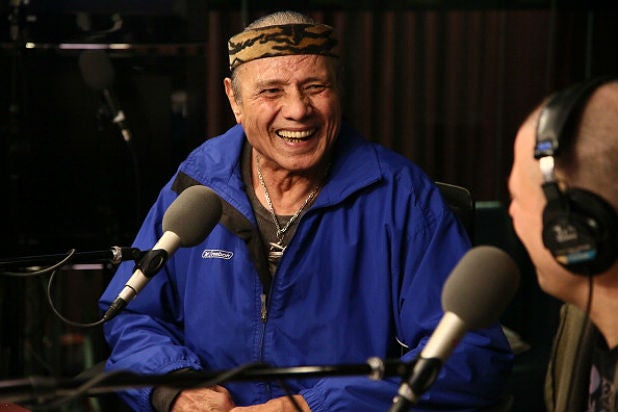 “WWE expresses its continued sympathy to the Argentino family for their loss.  Ultimately this legal matter will be decided by our judicial system.”

Wrestling legend “Superfly” Jimmy Snuka has been charged with third-degree murder and involuntary manslaughter stemming from the death of his girlfriend, the district attorney’s office in Lehigh County, Pennsylvania, told TheWrap on Tuesday.

Snuka, 72, is believed to have killed his girlfriend, Nancy L. Argentino, in 1983. Argentino was 23 at the time of her death.

The former wrestler, of Camden County, New Jersey, will turn himself into Lehigh County authorities, and will surrender his passport.

During a press conference Tuesday, Lehigh County District Attorney James B. Martin said that he was approached by Argentino’s sisters in 2013, after which he ordered a preliminary review of the investigative file in the case, along with all evidence that had been gathered since 1983.

According to the DA’s office, paramedics from the Allentown suburb of Whitehall Township responded to a call and arrived at a motel room to find a police officer, Snuka and two other wrestlers at the scene.

Argentino was lying on her back on the bed unconscious and showing indications of a head injury and shock. Emergency procedures were taken but she never regained consciousness and was later pronounced dead.

Snuka provided “various explanations” to medical personnel, “including that he and Argentino were arguing and that he struck her and that she fell and hit her head.”

An autopsy concluded that Argentino’s death was due to craniocerebral injuries, “the pattern of which is consistent with a moving head striking a stationary object.”

The autopsy report continued, “The multiplicity of and magnitude of the injuries may even be suggestive of ‘mate’ abuse.”

A grand jury found that Snuka gave varying accounts of the events leading up to Argentino’s death, including that they were “clowning around, that they “must have wrestled a little too much.”

At the time of Argentino’s death, Snuka had a wife and four children in North Carolina, the district attorney’s office said.

Also Read: Gawker Blasts Hulk Hogan After N-Word Apology: 'Finally Been Exposed as the Hypocrite He Is'

During the investigation, the grand jury heard evidence that Snuka had assaulted Argentino in Syracuse, New York, four months before her death. In that incident, Snuka allegedly dragged Argentino by the hair down the hall, causing her to be hospitalized for injuries to her head and scalp. Snuka was charged with assault and other offenses in that instance, but pleaded guilty to a reduced charge, paying a fine.

The investigation also took into consideration excerpts from Snuka’s 2012 autobiography, “Superfly: The Jimmy Snuka Story,” specifically, passages in which he discussed alcohol, steroid and cocaine use and wrote, “in 1983, my personal life started getting a little crazy.”

“It is our determination that the weight of the evidence clearly indicates that James Snuka repeatedly assaulted Nancy Argentino on May 10, 1983, and then allowed her to lie in their bed at the George Washington Motor Lodge without obtaining the necessary medical attention,” the grand jury concluded, adding, “his assaultive acts and his failure to act to obtain medical attention resulted in her death.”