Promoting this year’s event theme — “Represent” — the writers and showrunners will take a deep dive into how they are using their platform to promote authentic and inclusive storytelling. Audiences will also hear firsthand what it takes to develop a successful series from script to the screen, while redefining the status-quo of the industry. 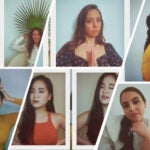 The Power Women Summit is the largest annual gathering of the most influential women in entertainment, media and technology. The event aims to inspire and empower women across the landscape of their professional careers and personal lives. This year’s PWS provides three days of education, mentorship, workshops and networking around the globe.

Amy Aniobi is a writer, director and producer best known for her work on the NAACP Award-winning, Emmy-nominated HBO comedy series, “Insecure.” Aniobi is also the founder of production company SuperSpecial, the talent incubator, TRIBE and is passionate about mentoring emerging writers.

Gloria Calderón Kellett is well known as the executive producer, co-creator, co-showrunner, director and actress on the critically acclaimed sitcom “One Day at a Time.” Currently, she serves as the creator and writer on the Amazon Prime original series “With Love,” premiering on December 17. This is the first of four series projects in an overall deal between Calderón Kellett and Amazon Studios.

Jaclyn Moore is an award-winning trans writer and showrunner behind Netflix’s “Dear White People” and “Love Life.” Up next, Moore will serve as an executive producer on the Peacock re-boot of “Queer as Folk.” Additionally, Moore writes about trans issues, masculinity, and politics for GQ magazine. Prior, Moore spent ten years doing sex work to finance her dreams of storytelling and continues to advocate for that community. 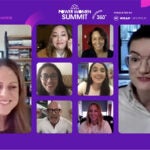 Also Read:
TV Showrunners on How to Solve Hollywood’s Gatekeeper Problem: ‘We All Have to Make an OnlyFans Now’ (Video)

Sara Goodman is the writer, creator, executive producer and showrunner of the Amazon Prime Video original series “I Know What You Did Last Summer,” based on the 1973 iconic film of the same name. Goodman is currently under an overall deal at Sony Entertainment Television, where she is developing a new iteration of the 1999 film “Cruel Intentions” as a series for IMDb TV, where she will serve as both co-writer and co-executive producer.

Karin Gist is the showrunner of Lee Daniels’ “Our Kind of People,” telling the story of Black womanhood and entrepreneurship along with a survey of wealth and class in the long-standing Black history in Martha’s Vineyard. Gist started in the writer’s room of “Girlfriends” before producing “Grey’s Anatomy” and creating Fox’s cult favorite “Star” all after her successful career as a lawyer. She also serves as the showrunner for hit series “Mixed-Ish.”

Stacy Rukeyser is the creator, showrunner and executive producer of Netflix’s hit series “Sex/Life,” exploring themes of female identify and desire. Previously, Rukeyser served as the showrunner and executive producer of the critically acclaimed drama “UnREAL.” Her additional credits include the Golden Globe and Emmy nominated series “Without a Trace,” “Crash,” “One Tree Hill,” “Greek” and “The Lying Game” – just to name a few.

Ali Schouten is the showrunner, executive producer and writer of the “iCarly” revival for Paramount+, receiving 100% on Rotten Tomatoes. The series was recently renewed for a second season after becoming one of the streaming service’s “top acquisition drivers,” ranking among Paramount+’s “most-streamed titles since the series’ debut”.