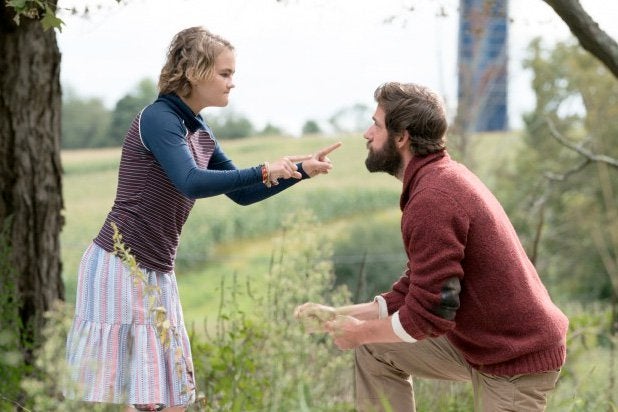 The original screenplays for “Green Book,” “A Quiet Place,” “Roma,” “Vice” and “Eighth Grade” have been nominated by the Writers Guild of America, which announced its nominations on Monday morning.

In the adapted-screenplay category, the nominees were “BlacKkKlansman,” “If Beale Street Could Talk,” “A Star Is Born,” “Black Panther” and “Can You Ever Forgive Me?”

Among the most notable eligible screenplays not to be nominated are Paul Schrader’s “First Reformed” and Josh Singer’s “First Man.”

Also Read: Stars Were Born at the Golden Globes - But They Sure Weren't the Ones We Expected

In the documentary category, WGA voters went with docs that so far have not been receiving substantial awards attention: Michael Moore’s “Fahrenheit 11/9,” Lauren Greenfield’s “Generation Wealth,” Ozzy Inguanzo and Dava Whisenant’s “Bathtubs Over Broadway” and Gabe Polsky’s “In Search of Greatness.”

Unlike the other major Hollywood guilds, the Writers Guild restricts eligibility for its awards to screenplays written by its members or produced under the guild’s Minimum Basic Agreement or under the rules of several affiliated international guilds.

As usual, this has disqualified a number of screenplays that will be eligible for the Oscars, including “The Favourite,” “The Death of Stalin,” “Leave No Trace,” “Cold War,” “The Rider,” “Sorry to Bother You,” “Hereditary,” “Capernaum,” “Isle of Dogs” and “Incredibles 2.”

Because of the WGA’s more restrictive eligibility rules, its nominations are one of the least accurate of the major guilds in predicting Oscar nominations.

Over the last decade, about two thirds of the Writers Guild nominees have gone on to receive Oscar nominations in the screenwriting categories. Last year, nine of the 10 WGA nominees were recognized by Oscar voters, tying with four different years in the 1990s as the largest such correlation ever between the two awards.

“Can You Ever Forgive Me?” Screenplay by Nicole Holofcener and Jeff Whitty, Based on the book by Lee Israel; Fox Searchlight

“If Beale Street Could Talk,” Screenplay by Barry Jenkins, Based on the novel by James Baldwin; Annapurna Pictures

“A Star Is Born,” Screenplay by Eric Roth and Bradley Cooper & Will Fetters, Based on the 1954 screenplay by Moss Hart and the 1976 screenplay by John Gregory Dunne & Joan Didion and Frank Pierson, Based on a story by William Wellman and Robert Carson; Warner Bros.

“In Search of Greatness,” Written by Gabe Polsky; Art of Sport