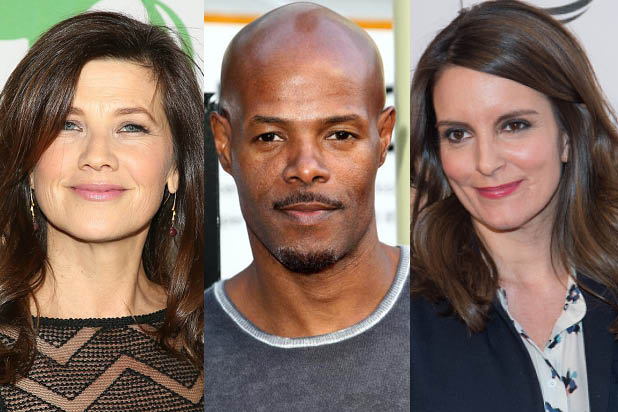 The film Academy broke internal records Wednesday by inviting 683 new members — and among its largest and most diverse group of prospectives came a few eye-brow raising choices.

Mostly because it revealed that a number of famous working creatives were not already among the illustrious ranks of those who pick the annual Academy Award winners.

Even past nominees like director Marjane Satrapi (“Persepolis”) or Jonathan Dayton and Valerie Faris, who co-directed the 2006 Oscar winner “Little Miss Sunshine” were only added to the rolls this year.

Then there’s Tina Fey, the “Mean Girls” screenwriter and film and TV actress who’s a national treasure (we’re not saying her invite was stalled because she successfully hosted several Golden Globes telecasts, but we’re not saying it wasn’t).

It seems like stage-turned-screen stars like Patti LuPone and Betty Buckley whose theater pedigree surely would have dazzled the older, refined majority of the academy long before now. Or not, given their presence on the new list of names.

Also, supporting the long-held theory that the film academy does not appreciate comedy as much as it does drama, writer/director/producer Adam McKay is a new addition. While his Best Adapted Screenplay win last year for “The Big Short” nabbed him an Oscar, he’s long been making beloved and profitable comedies like “Anchorman” and “The Other Guys.”

Other just-invited majors inlcude”Monster” director Patty Jenkins, “Matrix” masterminds Lilly and Lana Wachowski, director Ken Loach (“The Wind That Shakes the Barley”), actress and producer Rita Wilson and Lynne Ramsay (who helmed the likes of Tilda Swinton‘s “We Need to Talk About Kevin”).

Across branches like acting, directing, writing and producing, there are also — let’s call them interesting — choices to establish a round body of membership.

For all the bold names like Idris Elba and Brie Larson comes the occasional Daphne Zuniga (“Melrose Place” star and beacon of ’90s stonewash denim), or Keenan Ivory Wayans in the writer-director branch (though he is a prolific performer, but not in the kind of fare that usually garners awards attention).

Then there are the former indie darlings and twee relics like Richard Kelly (“Donnie Darko”) and Miranda July (“Me and You and Everyone We Know”).

Really?:
Daphne Zuniga
Vivica A. Fox
Richard Kelly (“Donnie Darko”)
Keenan Ivory Wayans
Miranda July (“Me and You and Everyone We Know”)