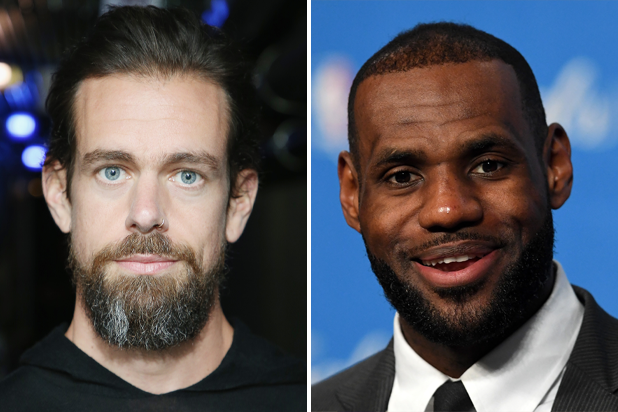 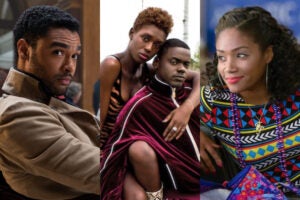 WTF are NFTs? Behind the Digital Asset Endorsed by Jack Dorsey and the NBA

”You’re buying art you don’t necessarily hang up on your wall, but you own the images,“ Oanda senior analyst Ed Moya says

There’s a good chance you’re already sick of hearing about NFTs, without even knowing what they are. TheWrap is here to answer a few key questions about the latest digital craze:

What is a NFT?

NFT is short for non-fungible token. That means it’s an asset that cannot be interchanged. For example: You can take a $100 bill and exchange it for five $20 bills and still retain the same value. That’s not the case with NFTs, where each token is unique and carries its own value. Instead, think of NFTs as digital collectibles.

Right now, the most common NFTs are tied to things like art, pictures and video highlights — something the NBA has already leaned into. NFTs are tracked using blockchain technology, the underlying ledger that tracks bitcoin and ethereum transactions. When NFTs are transferred, the transactions are verified by a network of computers, giving the new owner proof they own the official asset.

“What [NFTs] signify is digital artwork that can be confirmed to be legitimate on the blockchain technology,” Oanda senior analyst Ed Moya explained. “What it really means is you’re buying art you don’t necessarily hang up on your wall, but you own the images. And what you have is an authentication —  a digital certificate — that makes it extremely scarce or rare.”

Can you give me some examples?

Twitter CEO Jack Dorsey recently put the first tweet ever — “Just setting up my twttr” — from 2006 up for sale as an NFT. The current high bid is $2.5 million, and it’s unclear what Dorsey — who is worth about $13 billion — plans on doing with the funds.

The NBA has also started selling highlights as NFTs, allowing fans to buy a clip of a LeBron James assist or a Zion Williamson dunk. These highlights are not exclusive and can usually be found on YouTube or Twitter. Think of it like a digital version of basketball cards: The same picture on a $1,000 Kobe Bryant rookie card can also be easily found on Google Images. The scarcity factor — whether it’s a trading card with a finite amount in circulation or a NFT — is what drives up the price.

NBA Top Shot, as the new venture is dubbed, has highlights that have sold for hundreds of thousands of dollars and, overall, generated hundreds of millions of dollars in revenue. For every transaction, there is a 5% fee that is split between Top Shot, the NBA and the NBA Players Association. During a season in which the league’s attendance has been crushed by the pandemic, this new revenue stream is especially important to the NBA — and incentivizes the league to push NFTs even harder.

Perhaps the best example just popped up a few days ago, when digital artist Beeple sold a JPG file of his digital art collage “Everydays — The First 5000 Days” for $69.3 million, making it one of the most expensive art transactions ever. The online auction was run by Christie’s. 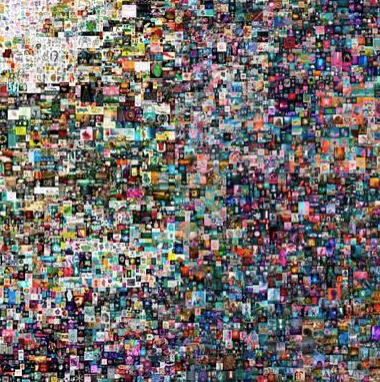 How long have NFTs been around?

NFTs have been around since the mid-2000s, but as The New York Times recently noted, they didn’t gain any real traction until 2017. That’s when “cryptokitties,” where people could buy, sell and even “breed” digital cats via blockchain.

What happens when I buy an NFT?

When you buy an NFT, you are buying the rights to an original digital asset that’s been commissioned by the artist or inventor.

Why does it matter if I buy it, though?

Think of it like a painting. There are countless photos of Vincent van Gogh’s “The Starry Night,” but the only official version is kept in The Museum of Modern Art in New York.

The same goes for NFTs. When you buy Beeple’s “Everydays” collage, it doesn’t matter if there are hundreds of pictures or replicas floating around on the internet because the NFT owner has the authentic digital asset. There’s an added layer of protection that comes with it, too, because an NFT cannot be stolen the same way a painting can be taken from a museum. Each transfer is verified via blockchain, and all NFTs have metadata that confirms when they were created and who they were created by, among other pieces of information. That creates scarcity and drives up prices, so long as there’s a demand for it.

Also Read: The Live Show Must Go on in Post-Pandemic World - But When? 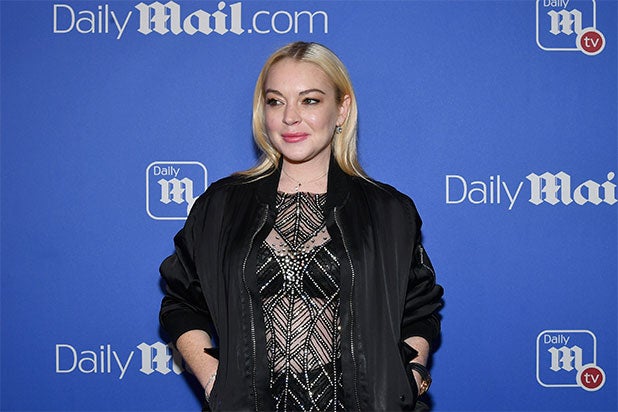 Lindsay Lohan is one of several celebrities getting in on NFTs. The “Mean Girls” star has auctioned several NFTs already, including one piece of art that currently has a high bid of $16,840

Can you create and sell your own NFT?

Yes, you can sell your own NFT. Let’s say you wanted to sell a short film you made in college. You’d first need to have the film’s digital file “minted,” which is the process of verifying its origin. This can be done on sites like Mintable.app, Opensea and Rarible, which also act as NFT marketplaces. Once minted, you can then set the price for your NFT and put it up for sale. Sellers can also pick a few other options, including making their tokens non-resellable after the first purchase.

It’s important to note here that buying an NFT does not mean the owner also holds the copyright; unless specifically included in the NFT agreement, the NFT buyer does not acquire the copyright, which by default remains with the “author” or original owner. This can be a bit confusing, understandably, but it’s important to think of the NFTs as digital collectibles, similar to how you can buy an official cartoon cell from “The Simpsons,” but you wouldn’t own the rights to the scene itself.

How much are they worth?

Like anything else, NFTs are worth whatever someone is willing to pay for them. Right now, business is booming, with investors looking to cryptocurrencies and NFTs as a way to diversify their assets. Prices have soared as speculators pour into the market, betting prices will continue to increase because the industry is still in its “infancy,” as Moya pointed out.

He said the market right now has “the makings of a bubble,” but it’s worth noting this doesn’t necessarily mean that if the bubble pops, the NFT industry will go away overnight. The trading card industry and bitcoin are two examples of assets that have gone through multiple periods where it looked like the bubble burst … only for prices to reach new all-time highs a few years later.

Could Hollywood get in on the NFT action?

This seems to be a matter of when, not if. In the same way the NBA has started selling highlights as NFTs, Moya said film studios could look to mint official movie scenes (or entire pictures) and put them up for sale; it’s not hard to imagine Universal and Amblin deciding to sell the scene where Marty McFly hopped in the DeLorean and went back to 1955 and earning some big bucks in the process.

UTA is also intrigued by the overlap between NFTs and entertainment, with the powerful agency recently assembling a team to give clients input on the budding industry. The bet here is we’ll be seeing more entertainment companies looking to capitalize on the NFT zeitgeist, especially as they look to recoup funds lost during the pandemic.