“Wu-Tang: An American Saga,” the Hulu Original based on the true story of the Wu-Tang Clan, has been renewed by the streamer for a third and final season.

The show, created by original Wu-Tang member RZA and screenwriter Alex Tse, is set in early ’90s New York at the height of the crack cocaine epidemic. It tracks the Clan’s formation, a vision of Bobby Diggs aka RZA, who strives to unite a dozen young black men that are torn between music and crime but eventually rise to become the unlikeliest of American success stories.

In Season 2, the Clan is disillusioned with life in the projects, and Bobby knows that success in the music industry could be their ticket to better lives, but getting the Clan members to drop everything for music isn’t easy. The resentment between Dennis, Sha, Power and Divine still runs deep, while the other Clan members struggle to deal with intercity life. This time around, Bobby is dedicated to authenticity — and though he knows he can lead his crew through the challenges of the music business — the Clan’s fractures may prove too much to overcome. 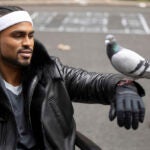 The number of episodes for the last season has yet to be determined.