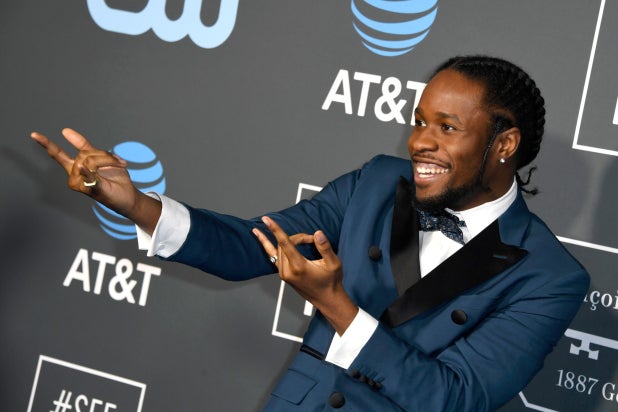 Hulu is beginning to cast its Wu-Tang Clan.

Shameik Moore (“Spider-Man: Into the Spider-Verse”), Ashton Sanders (“Moonlight”), Siddiq Saunderson (“Messiah”), Marcus Callender (“Power”), Zolee Griggs (“Ballers”) and Erika Alexander (“Get Out”) have been tapped to star in the 10-episode scripted drama series, which tells the origin story of the legendary rap group.

Moore will portray Sha Rader, a gunner for drug dealer Power Grant and a kid who grew up on the streets who now wields a gun without blinking. He’s still got some innocence to him, however, and his friendship with Bobby makes it tough to carry out his orders.

Callender will take on the part of Power Grant, the top dog of Park Hill, an area in the projects that he and his gang control as the chief rivals to Divine’s crew in Stapleton.

Griggs plays Shurrie, the second-youngest of four, but she’s basically the woman of the house. She’s taught herself how to care for others and take care of any issues around the home, all the while staying focused on school. Shurrie is in a relationship with Dennis that no one can know about.

Alexander rounds out the cast as Linda, an overworked mother of four who has been through hell and back. Now rid of her abusive husband, Linda spends most of her time at the rib shop working. She knows her relationship with her children has suffered, but has to put on a brave face and go to work in spite of it.

The scripted drama series is from Wu-Tang members The RZA and Method Man, along with Alex Tse, Brian Grazer and Francie Calfo. The show is created and written by Tse and RZA. Imagine Television’s Grazer and Calfo will executive producer, as will RZA, Tse, and Method Man. Fellow Wu-Tang Clan members Ghostface Killa, Inspectah Deck, Masta Killa and GZA will serve as consulting producers on the project, as will the estate of Ol’ Dirty Bastard.

“Wu-Tang: An American Saga” is inspired by RZA’s books “The Wu-Tang Manual” and “Tao of Wu,” and based on the true story of the Wu-Tang Clan. Set in early ’90s New York at the height of the crack cocaine epidemic, the show tracks the Clan’s formation, a vision of Bobby Diggs aka The RZA, who strives to unite a dozen young, black men that are torn between music and crime but eventually rise to become the unlikeliest of American success stories.