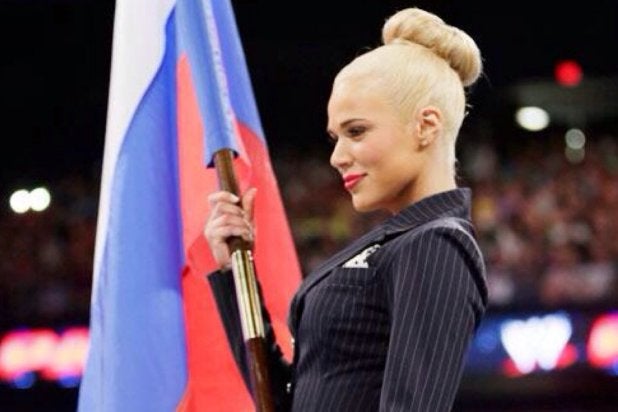 The characters of the WWE are outrageous and outspoken. It’s been that way for decades. Nevertheless, the organization has found itself in hot water after words spoken by one of its personalities were associated with the Malaysia Airlines Flight 17 crash, which killed 298 people.

Actress C.J. Perry portrays an over-the-top anti-American Russian named Lana. During Sunday’s match, she was shouting to the crowd, asking them if they blame Russia for current events. “You Americans should be scolded for your warmongering in Afghanistan and Iraq. You Americans should be insulted and afraid,” she shouted to the booing crowd.

She proceeded to declare Russian president Vladimir Putin her idol and role model. While many associated her comments with the Malaysia Airlines crash, the organization is denying any connection, according to media reports.

A representative for the WWE told the media that the segment was not about the Malaysian Airlines crash, but rather the continuation of a storyline that had been going on for three months. The organization apologized to anyone who misunderstood the segment and was offended.