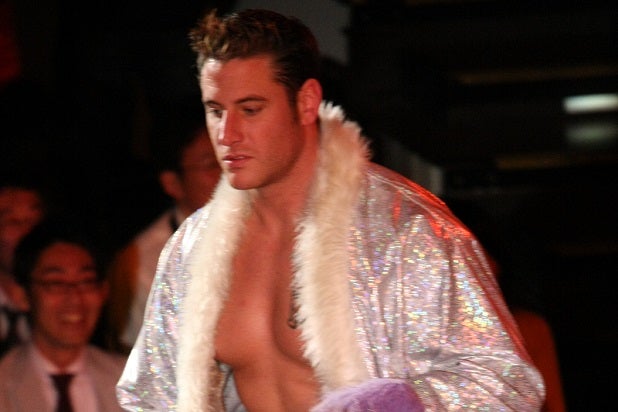 UPDATED, Thursday 3:00 p.m.: WWE attorney Jerry S. McDevitt said that Gognen “signed a buyout agreement in 2011 and “waived any claim for future royalties of any kind for any reason.”

“That’s about as clear as the English language can be,” McDevitt added.

The rough-and-tumble action of the WWE is spilling out of the ring and into the legal system.

World Wrestling Entertainment was slapped with a class-action lawsuit on Wednesday by one of its former wrestlers, who claims that he and others are owed royalties from streaming-video revenues.

In the lawsuit, filed in federal court in Connecticut, Rene Goguen — aka Rene Dupree, formerly of the WWE group La Resistance — says that, under the terms of a booking contract, he is entitled to receive royalties from video products sold by the WWE.

Goguen’s suit, however, claims that he’s been stiffed out of royalties from WWE streaming service World Wrestling Entertainment Network, launched in February 2014, as well as WWE-related videos streamed by Netflix, which the suit claims were available to users “from at least 2012 to until January 2015.”

The suit says that Goguen’s not the only grappler who’s been short-changed; his complaint seeks to cover a class that includes “[a]ll performers of WWE employed any time from February 21, 1980 until the date of the filing,” as well as performers from Extreme Championship Wrestling, World Championship Wrestling and all other WWE-acquired promotions.

According to Goguen’s complaint, more than $5 million is at stake.

The suit alleges breach of contract, breach of fiduciary duty and other charges.

Let’s get ready to liiitiiigaaate!