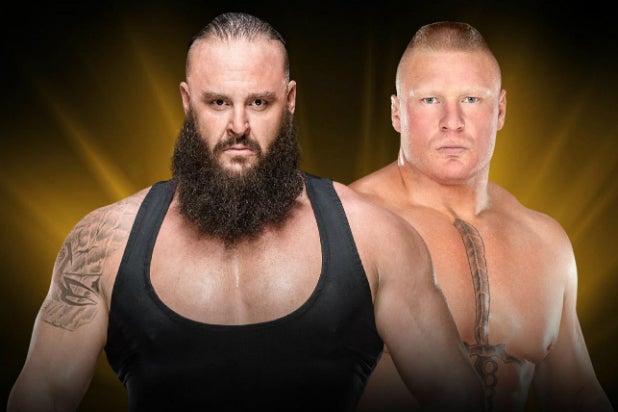 One of them dropped the “Monster Among Men” over the ropes and all the way to the floor. Watch the mega-F-5 below.

The one-on-one match was originally set as a triple threat contest between Strowman, Lesnar and then WWE Universal Champion Roman Reigns. Unfortunately, Reigns had to surrender the title due to a leukemia diagnosis. The wrestler’s disease had been in remission since late 2008.

The former Universal Champion relinquished his title 11 days ago on “Monday Night Raw,” coming to the ring in street clothes rather than the ring attire he is usually seen wearing on the show. Reigns then gave a speech in which he broke character and revealed why he did not appear at WWE live shows this past weekend.

“That’s a lie because the reality is…my real name is Joe…and I’ve been living with leukemia for 11 years. And unfortunately, it’s back.”

“By no means is this a retirement speech,” he promised. “I will beat this, I will be back, and you will see me very, very soon.”