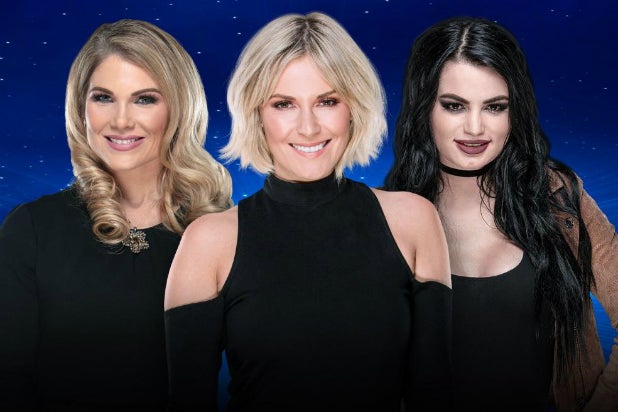 WWE has named the announce team for its first-ever all-women’s pay-per-view event, “WWE Evolution.” As you might expect, the mic’d up lineup is also pretty much all-female — save one dude.

Michael Cole, who is considered the voice of WWE, will join Renee Young and Beth Phoenix at the announce table on Sunday. Young (pictured above, middle), Phoenix (left) and “SmackDown Live” general manager Paige (right) will handle the Kickoff Show festivities.

Find the rest of the card here.