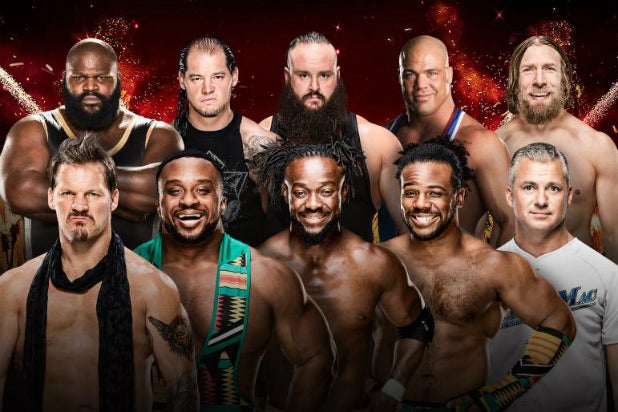 WWE rings the start bell on its “Greatest Royal Rumble” pay-per-view from Saudi Arabia today, with a 50-man battle royal anchoring the show. Do to the geographical location and the sheer length of the titular contest, the event will be interrupted by an intermission for Muslim prayer, the pro wrestling organization told TheWrap.

“The break will not impact the television viewing audience,” a WWE spokesman said. “We are working with the GSA and expect it to be approximately 15 minutes.”

The GSA or General Sports Authority is the government body responsible for sport in Saudi Arabia.

The prayer will not breakup that mega 50-man contest.

In addition to the Greatest Royal Rumble Match, Friday’s show will include seven title defenses, a Casket Match featuring The Undertaker, and John Cena vs. Triple H.

Per Saudi Arabia law, there will be no women’s matches on the card.

Readers can check out our "SmackDown Live" gallery tomorrow, though for this one, it's important to point out that we did not include the Cruiserweights. After all, the "Monday Night Raw" guests have their own show, "205 Live," and none of them would compete on "SmackDown" anyway.

In our tallies, we only counted regular in-ring wrestlers, so no managers or agents or wives or escorts, etc. -- even if they step between the ropes once or twice a year. Though we listed the obvious and current stables and tag teams together, we counted wrestlers individually in our number.