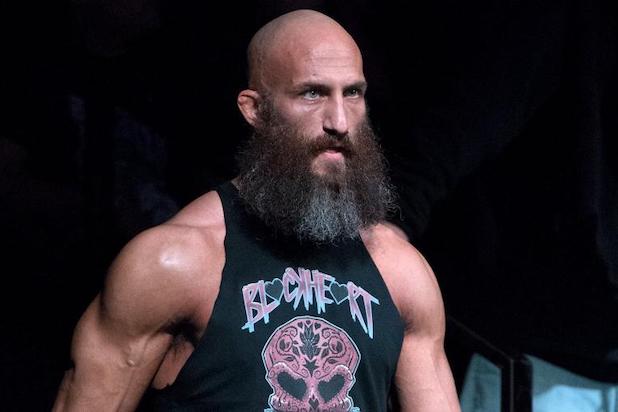 Not a fan of Maroon 5? Seen enough “Puppy Bowl” to last a lifetime? Can we interest you in “WWE Halftime Heat” during the Super Bowl LIII halftime show on Sunday?

As part of the lead-up to “Halftime Heat,” the free platforms (so, not the SVOD service) will marathon some classic NXT — WWE’s minor leagues — matches, starting at 2 p.m. ET on Sunday, Feb. 3.

It will be just the second “WWE Halftime Heat” ever. The first one aired on Jan. 31, 1999, when Mankind beat The Rock to win his second WWE Championship. That empty-arena match ran during halftime of the Denver Broncos-Atlanta Falcons game.

Sunday’s Super Bowl LIII, which takes place at the Mercedes-Benz Stadium in Atlanta, Georgia, airs Feb. 3 on CBS. Joining Maroon 5 on the field at halftime will be rappers Travis Scott and Big Boi of Outkast. Kickoff for the game itself is scheduled for 6:30 p.m. ET.