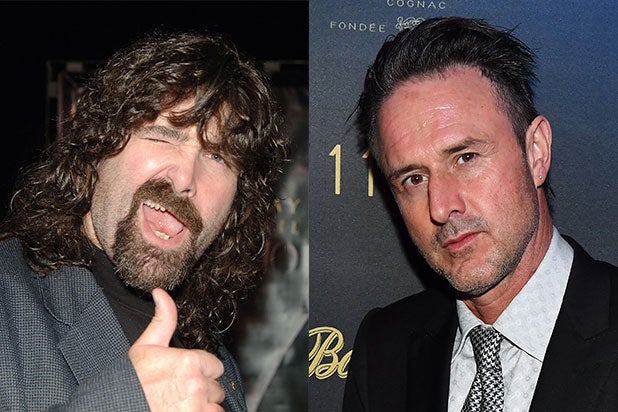 Brea Grant (“EastSiders,” “Best Friends Forever”) is writing and directing the horror comedy that will follow a group of nurses stealing organs and selling them on the black market.

Emmy award-winning duo Jordan Wayne Long and Matt Glass of HCT Media are producing, as is Arquette and his wife, Christina McLarty.

The project is currently in production in Jonesboro, Arkansas, and is receiving a tax credit for doing so. Arkansas offers a 20% incentive on goods and services, as well as an additional 10% for Arkansas workforce.

“We’re excited to see the continued growth of the film industry in Arkansas, along with the first-rate production houses that have taken notice and the caliber of projects being created here,” Gov. Asa Hutchinson said in a statement. “Thanks to our legislature’s understanding and support of the film industry’s contributions to the quality of life and economic development, we’re able to help bring productions to Arkansas with targeted incentives while highlighting the artistic cast and crew available in our beautiful state. We can’t wait to see how Arkansans’ talents are showcased in ’12 Hour Shift,’ the production currently filming in and around Jonesboro and Northeast Arkansas.”

Also Read: David Arquette Has 'Zero Plans' to Be in Another Gory Wrestling 'Death Match'

Foley most recently starred in “The Peanut Butter Falcon” alongside Shia LaBeouf and Dakota Johnson, and is currently filming “Hellevator Man.” The professional wrestler is known as one of the WWE’s greatest performers and he was inducted into the WWE Hall of Fame in 2013. He retired from wrestling in 2012 and starting acting.

Arquette most recently starred in “An Elephant’s Journey” and “Mope,” and he recently directed an episode of “CSI: Miami” and serves as the co-director of the upcoming TV movie “Truck’d Up.” His producing credits include “Celebrity Name Game,” “Cougar Town” and “Survivors Guide to Prison.” Arquette is represented by Avalon, Rogers & Cowan and Talent Works.