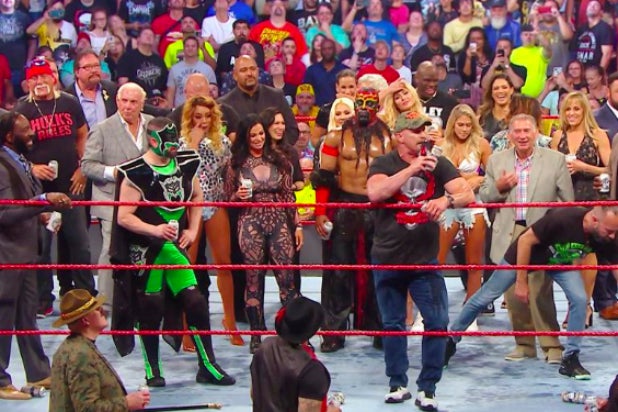 In terms of both total viewers and the key 18-49 demographic (1.463 million viewers, +42% versus the prior week), last night’s “Raw” was actually the highest-rated episode since the April 16, 2018 Superstar Shakeup.

Yes, that means it did even better than the “Raw” after WrestleMania 35, which is a big performer annually and marks the start of World Wrestling Entertainment’s new “season.” Monday’s episode was 5% higher among adults 18-49 than that April 8, 2019 fallout show, and did 6% better overall.

Also Read: WWE's Mandy Rose Is Building a Brand, and Being 'God's Greatest Creation' Is Just the Start

The “Raw Reunion” did not keep pace with Jan. 22, 2018’s “Raw 25” episode, which celebrated the 25th anniversary of WWE’s flagship series on USA Network.

Versus the same night last year, which a standard episode, Monday’s episode was up 23% in the demo and 12% overall.