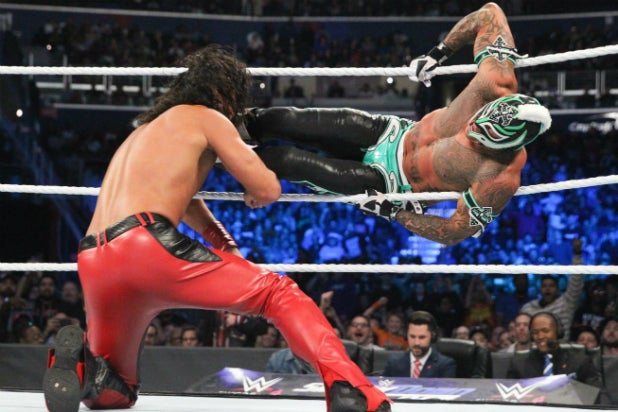 The 1,000th overall episode of the USA Network show included a tag team title change and the return of WWE Superstar Rey Mysterio, who is pictured above delivering his 6-1-9 finishing maneuver to United States Champion Shinsuke Nakamura.

See all of the Oct. 16 blue-brand results from Washington, D.C. here.