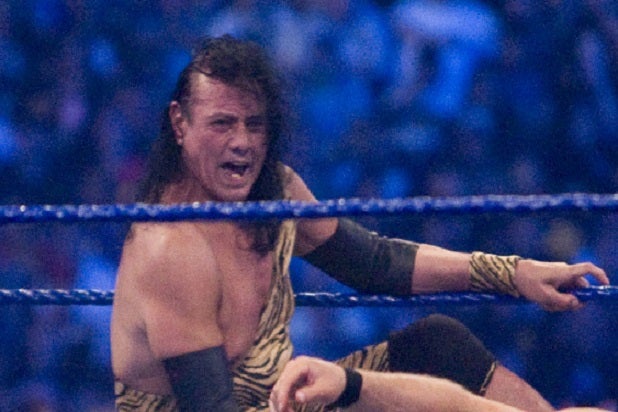 The WWE has been hit with a lawsuit filed by a mass of former wrestlers, including Jummy “Superfly” Snuka, who claim that they suffered “long term neurological injuries during their tenure with WWE.”

Those injuries, the lawsuit claims, include “Chronic Traumatic Encephalopathy (CTE) as well as the effects of Traumatic Brain Injuries,” according to the lawsuit, which was filed Monday in federal court in Connecticut.

Snuka and the other former grapplers say that the injuries were sustained as the result of wrestling moves “that were performed ‘correctly’ by the Plaintiffs. In other words, the head trauma that has resulted in injury is the accumulated effect of many impacts to the Plaintiffs’ heads that occurred on a regular, routine basis during their WWE career.”

The suit goes on to claim that the WWE “routinely failed to care for” the alleged head injuries “in any medically competent or meaningful manner.”

The wrestlers also claim the organization has “fraudulently misrepresented and concealed” the nature and extent of the injuries, including WWE statements questioning the diagnoses of CTE in deceased wrestlers Andrew Martin and  Chris Benoit. In addition, the WWE made “large financial contributions” to Concussion Legacy Foundation, which has subsequently “ignored any study, care or treatment plan of the named Plaintiffs.”

However, the WWE has called the lawsuit “ridiculous.”

“This is another ridiculous attempt by the same attorney who has previously filed class action lawsuits against WWE, both of which have been dismissed,” a WWE spokesperson told TheWrap in a statement. “A federal judge has already found that this lawyer made patently false allegations about WWE, and this is more of the same. We’re confident this lawsuit will suffer the same fate as his prior attempts and be dismissed.”

Nonetheless, the lawsuit insists, the WWE failed to adequately protect and care for the wrestlers.

“WWE placed corporate gain over its wrestlers’ health, safety and financial security, choosing to leave the Plaintiffs severely injured and with no recourse to treat their damaged minds and bodies,” the lawsuit reads. “WWE refused to provide health insurance to its employees, employee benefits and payments to Social Security.”

Also Read: WWE Worth Up to $3.4 Billion Based on Big UFC Deal, Analyst Says