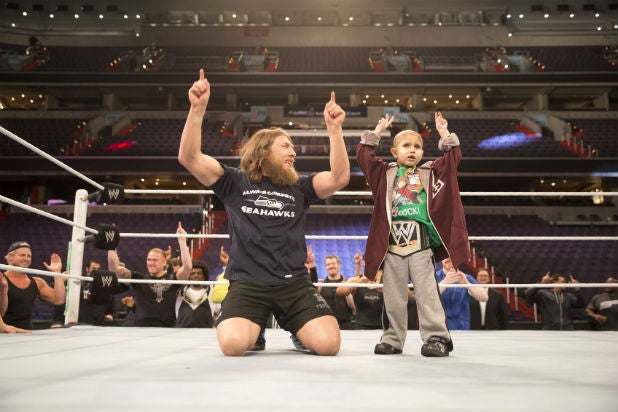 Connor Michalek won the respect of professional wrestlers with his dedication to the WWE, and his idols soon will honor the superfan, who suffered from pediatric brain cancer and died at age eight in April.

Nicknamed “The Crusher,” the Pittsburgh native will be the first-ever recipient of the Warrior Award when it is presented at the Hall of Fame Induction Ceremony on March 28, the WWE announced on Monday.

“Connor Michalek had a profound impact on so many people,” McMahon said in a statement. “His spirit and love of life were so strong, you would have never known he was sick. I can think of no better way to honor Connor, than by recognizing him with our highest honor, the first fan to be inducted into the WWE Hall of Fame, as a Warrior.”

The award will be presented to Connor’s father Steve Michalek by Bryan and late WWE star the Ultimate Warrior’s widow, Dana Warrior.

“On behalf of my family, we are truly humbled and honored that WWE will present an award in my husband’s name each year at the WWE Hall of Fame Induction Ceremony,” Dana Warrior said. “Connor displayed all of the positive traits that Warrior stood for, and he is the perfect recipient for this inaugural award. I am sure that Warrior is smiling today, knowing that this award is being given to a true warrior.”