WWE Superstar John Cena knows a thing or two about action movies, so he shot an exclusive video for TheWrap revealing the nominees for two of the most kick-ass categories at the upcoming Nickelodeon “Kids’ Choice Awards.”

“Hey, what’s up everyone, this is WWE Superstar John Cena giving TheWrap an exclusive for the 2017 Nickelodeon’s ‘Kids’ Choice Awards,” Cena says from his shout-out video on set.

Among the hottest nominees are “Captain America: Civil War,” “Rogue One: A Star Wars Story” and “Batman v Superman: Dawn of Justice.” 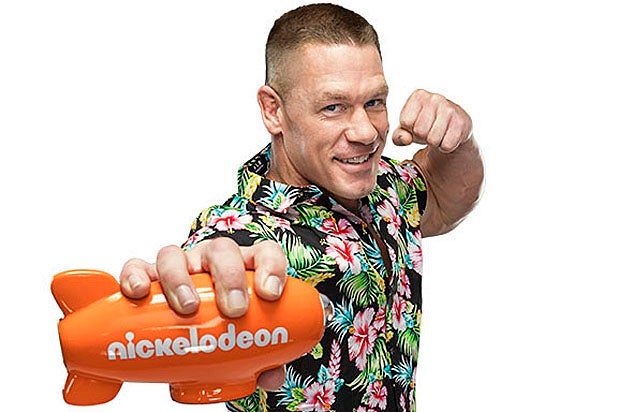 See the exclusive nominee list as revealed by Cena below.

Beginning today, kids can cast their votes across 28 categories with a brand-new voting experience on Nickelodeon’s digital platforms including Nick.com and the Nick app on iPad, iPhone, Kindle, and Android devices. Users will also be able to vote through Twitter and Facebook using special KCA hashtags and the hashtag of their favorite nominee. Fans also can join in on the slime-fest by going to Nick.com/kca17, the official destination for everything “Kids’ Choice Awards,” for hilarious videos, the KCA Creator game, quizzes and pictures, and to get the latest KCA news on this year’s show, nominees and attendees.

It’s the only live event where kids’ votes count and the biggest stars of the day line up to get slimed, while celebrating favorites from across the worlds of film, television, music, pop culture, sports and animation.