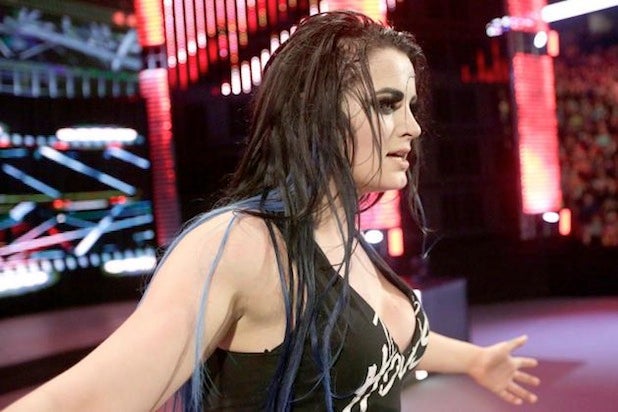 Paige’s blossoming WWE career may be over following an injury the superstar suffered on Dec. 28 during a live event match in Uniondale, New York.

It is now unlikely that she will be cleared by the WWE to return to in-ring competition, according to a report from PWInsider’s Mike Johnson.

Paige — whose real name is Saraya-Jade Bevis — was informed last week that she will be get the green light to compete, Johnson reported on Friday.

Representatives for WWE did not immediately respond the TheWrap’s request for comment. Paige herself has not yet tweeted on the matter.

Paige was taking part in a six woman tag team bout when she got hurt. She was examined by WWE medical personnel and a stretcher was brought to ringside to transport her back to the locker room, however she was able to walk out under her own power, according to PWInsider.

She had only returned to WWE programming in November after neck surgery forced her off the roster for 17 months.

The 25-year-old from Norwich, England, has been wrestling since she was 13. She joined WWE’s developmental program in 2011 and graduated to the main card in April 2014, before becoming the youngest Diva champion in WWE history.

Also Read: Why John Cena Has No Interest in Going Into Politics

Paige was scheduled to compete in the first-ever Women’s Royal Rumble at the Jan. 28, but it is expected that she will be replaced.