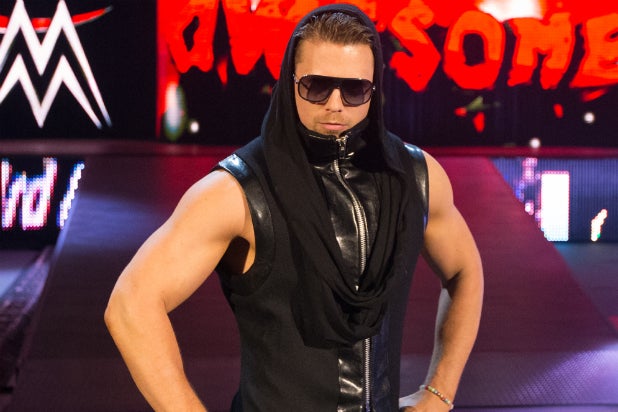 The Miz is WWE’s best heel this side of Kevin Owens, and the “SmackDown Live” Superstar’s passionate promos have never been more personal.

In some cases, they’ve even been downright sweet — for a bad guy, at least. We suppose fatherhood will do that to a man.

Immediately after the late-March birth of his and wife Maryse’s (also a WWE Superstar) first baby, Miz weaved their newborn daughter’s real name into his in-ring microphone moments — over and over and over again.

While we had Mike Mizanin on the phone promoting his and Maryse’s upcoming USA Network reality series “Miz & Mrs.,” we asked the “Real World” alum what that constant repetition of “Monroe Sky” was all about — never too young to begin branding the next generation?

“We weave our real lives into our WWE lives,” Miz told us. “We just look at what’s happening in our lives and what can we do? What’s the most annoying– as a bad guy, as a villain, what’s the thing we can do to make people hate us?”

“Now, it’s truly wonderful to have a kid. It’s the best gift you could possibly get,” he continued. “But, have you ever met those people who just talk about it all day long and it’s just annoying? That’s kind of what I started doing and I was like, ‘This will be fun. I’ll just start talking about it all the time. It’ll be endearing at first, but then it’ll get annoying.”

Mission accomplished, we suppose. Read more from our conversation with Miz here, and check back next week for the final installment from our interview.