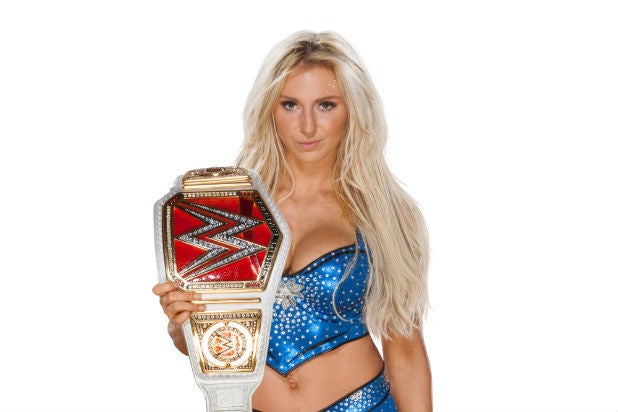 Ahead of the WWE draft, reigning Women’s Champion Charlotte revealed who is her biggest competition on both the “Raw” and “Smackdown” brands.

“Everyone,” Charlotte told TheWrap. “Everyone wants to be champ, and you can’t trust anybody.”

On Tuesday’s live episode of “Smackdown,” superstars will be drafted to one of the respective brands. Notable wrestlers eligible for the draft include Charlotte, Sasha Banks, current Heavyweight Champion Dean Ambrose, and Tag Team Champions New Day. Charlotte, however, is unconcerned with where she ends up when all is said and done.

“I really don’t have a preference because I truly believe both brands will have to elevate their game to be the top show,” she said. “If I’m on ‘Smackdown’ I want to be better than ‘Raw.’ If I’m on ‘Raw’ I want to be better than ‘Smackdown.’ And there’s going to be six people from NXT, and people we maybe haven’t seen in a while are going to have more opportunities, so it’s going to exciting all around.”

Charlotte is the daughter of Ric Flair, a wrestling legend in his own right and a two-time WWE Hall of Famer. Flair previously managed his daughter and interfered in several of her matches, but the two had a major on-air falling out back in May. She remained mum on whether or not he would make an appearance at the draft.

“He’s in timeout right now so he better not come out of timeout,” she said with a laugh. She also said breaking into the wrestling business as the daughter of a well-known star has had its drawbacks.

“Being a generational wrestler is extremely hard, mostly because of the criticism,” she said. “But that’s what drives me every single day to get better. I want to be good enough. I want people to know I have that kind of talent. People might never accept me and think I only am where I am because of my dad, so why not use that to my advantage?”

The WWE draft will take place live on “Smackdown” at 8 p.m./7c on USA Network.