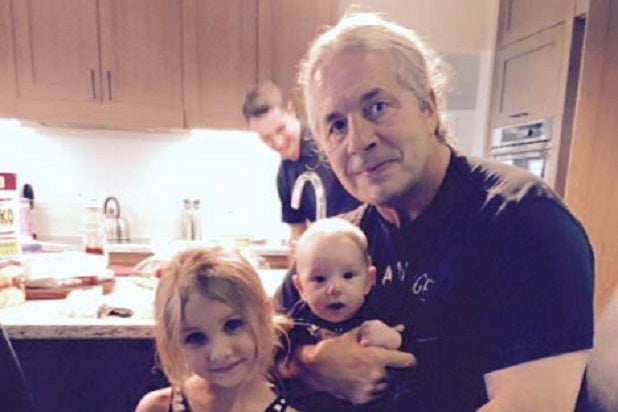 Bret Hart will battle his next opponent in the medical realm instead of the wrestling ring.

The WWE wrestler revealed on Monday that he had been diagnosed with prostate cancer.

Hart, 58, added that he will undergo surgery in the coming days.

“I now face my toughest battle. With hesitation and fear, I openly declare myself in my fight against prostate cancer,” Hart wrote in his post. “In the next few days, I will undergo surgery with the hope of defeating this nemesis once and for all.”

Hart went on to recall how he “beat the odds” following his 2002 stroke, and made a “solemn vow” to fans that he “will wage my fearsome fight against cancer with one shield and one sword carrying my determination and my fury for life, emboldened by all the love that’s kept me going this long already.

“Love is my weapon and I’ve got much of it around me all the time, for which I’m truly blessed and eternally grateful,” Hart added.

The WWE Hall of Famer went on to note that he hopes his battle with prostate cancer will help raise awareness.

Most important of all, I hope I can take the fight to prostate cancer. To be a leader in awareness and to set the example for men everywhere who find themselves in my very same shoes, that prostate cancer can be beaten,” Hart wrote.

“WWE extends its support to Bret and his family in his fight with prostate cancer,” the wrestling organization said in a post on its website.