Under this pact, producer, writer, and performer Cenac will develop and produce original animated programming at both WBA and CNS. The programming is intended for a variety of audiences, including preschool, kids, adult and family/co-viewing across all WarnerMedia platforms, as well as external outlets and services, per the studios.

Cenac, who began his career in animation writing for four seasons on “King of the Hill,” has his first two projects in active development at the studios: an animated longform movie and an adult animated series. He is also assisting on other various series development. 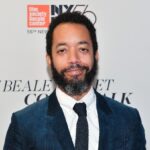 Cenac is the second creator to sign an overall cross-studio deal with WBA and CNS, following the pact “Looney Tunes Cartoons” executive producer and showrunner Pete Browngard made with the WarnerMedia entities. That deal, according to the studios, “allows for maximum creative flexibility to develop original material and access to the extensive character and franchise libraries at each studio.”

Apart from getting his start in animation, Cenac is best known for his work on “The Daily Show,” “People of Earth,” “a.k.a. Wyatt Cenac,” and “Wyatt Cenac’s Problem Areas.” When “Problem Areas” was canceled by HBO in 2019, Cenac said, “At a time when it feels like public discourse is toxic and change is a thing that only happens with elections or impeachments, it was cool to meet folks working to create change in their cities. Not definitive solutions, but ideas to build from that could be replicated.”

“It is a huge win to have someone as funny, insightful, and unique as Wyatt join us at the studios,” Sam Register, president of Warner Bros. Animation and Cartoon Network Studios, said in a statement Monday. “His creative voice further expands the variety of stories we can tell, and I look forward to a great partnership.”

Cenac added: “All that time I spent watching cartoons instead of doing my homework is finally starting to pay off. Thank goodness (and I suppose WBA too).”

He is repped by UTA, Avalon Management and attorney Jared Levine.