Paramount and Megan Ellison‘s Annapurna Pictures have released the first trailer for Richard Linklater‘s “Everybody Wants Some,” which the director has described as a spiritual sequel to his 1993 film “Dazed and Confused.”

Set in the 1980s, the film follows a group of college baseball players as they arrive at school to bond over beers and bongs before classes begin.

Linklater and Ellison produced “Everybody Wants Some” with Ginger Sledge, and the film was funded by Annapurna. Paramount will distribute the movie on April 15.

“Everybody Wants Some” will receive its world premiere on March 11 in Linklater’s home town of Austin, Texas, as the opening-night film at the 2016 SXSW festival.

Check out the first trailer above as well as the film’s poster, and let us know if you think “Everybody Wants Some” looks as groovy as “Dazed and Confused” in the comments section below. 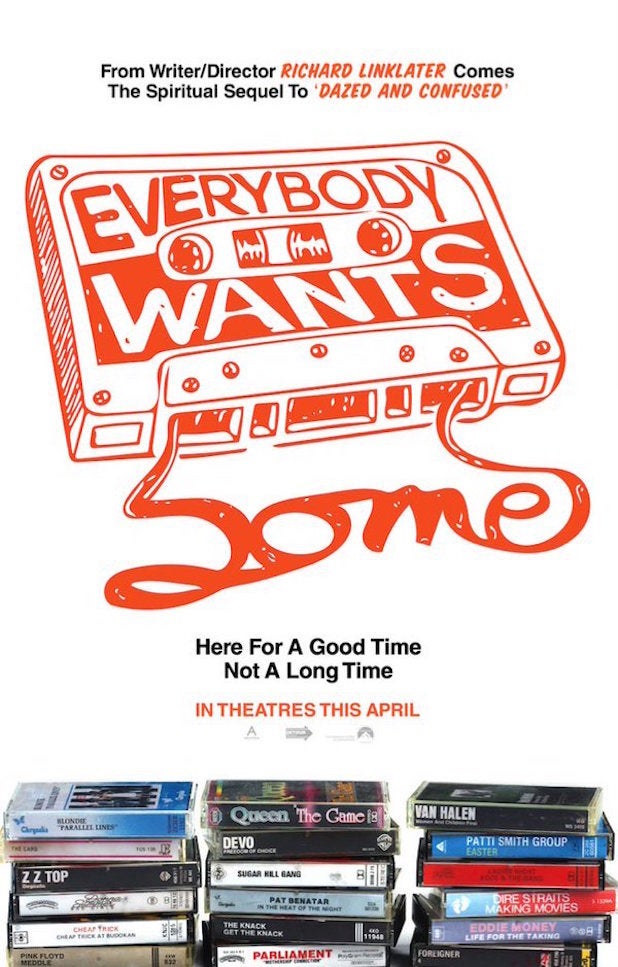