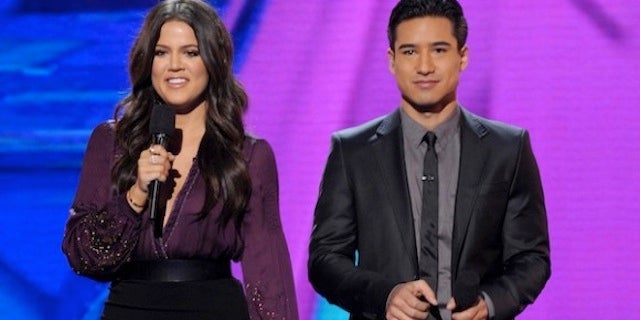 Fox announced on Monday that Season 2 co-host Mario Lopez will return for Season 3 of "The X Factor" while E!'s "Keeping Up With the Kardashians" star Khloe Kardashian won't be back.

“I’m looking forward to returning to 'The X Factor' team,” said Lopez. “We’re coming back stronger and better than ever and I'm excited to check out all the new talent.”

“I’m thrilled Mario is back for Season Three of 'The X Factor,'” said executive producer and judge Simon Cowell. “Hosting a live show and keeping the judges – especially Demi – in line, is not an easy job, but Mario is a pro and we are glad he’s coming back.”

As for Kardashian, the show's producers released the following statement:

"Khloe Kardashian will not be returning to co-host 'The X Factor.' We really enjoyed working with her and wish her all the best in her future endeavors."

Lopez and Kardashian officially joined the reality competition in October of last year just as the live shows were about to air. Lopez brought with him a strong hosting resume as a host of the nationally syndicated entertainment news show, "Extra," and the now canceled reality competition, MTV's "America's Best Dance Crew."

While Kardashian has starred on her family's suite of E! reality TV shows, her hosting experience had been limited to radio shows. Soon after Season 2 ended, reports proliferated that she had been fired, citing her lack of ability to handle live TV.

It remains to be seen if "The X Factor" decides to replace Kardashian — Cowell has said that he prefers two hosts. If so, add that to replacements for judges pop star Britney Spears and music executive L.A. Reid who aren't returning for Season 3. Pop singer Demi Lovato, who joined on Season 2, has confirmed she'll return for a second season.

Auditions for Season 3 of "The X Factor" is currently underway. For details, visit www.TheXFactorUSA.com. The comepetition returns in the fall.