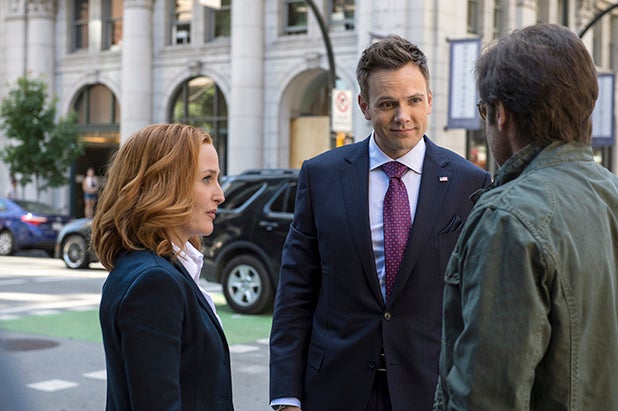 “The X-Files” may not have aired on time, but when it finally did, the reboot’s premiere abducted 13.5 million total viewers.

With that and the NFC Championship game, Fox posted a massive 12.3 rating/33 share in the key 18-49 demographic and 34.8 million total viewers across primetime, per preliminary numbers. Of course, due to the nature of live sports and the time-zone differences, these fast national numbers for the network are particularly subject to change. For now at least, “X Files” posted a 5.1/16 and 13.5 million total viewers at 10:30 p.m.

CBS’ AFC Championship didn’t overrun into primetime, but it dominated during an earlier part of the day. (You can read about those ratings here.) CBS finished second overall between 7 p.m and 11 p.m. ET.

Univision was third in ratings with a 1.0/3 and fourth in viewers with 2.6 million.