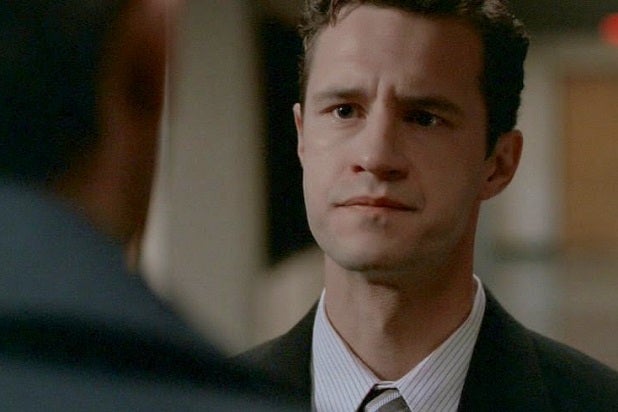 (Note: This post contains some spoilers for the premiere of “The X-Files” Season 11.)

The premiere of “The X-Files” Season 11 digs deep into the show’s lore from as far back as 1998 and beyond. The first episode of the new revival season is all about the child of Fox Mulder and Dana Scully and their relationship to their longtime adversary, the Smoking Man.

The episode, “My Struggle III,” starts with an information dump about the Smoking Man, confirming his true identity and a longtime fan theory about the fact that he’s the father of Mulder (David Duchovny). It also brings back a character fans haven’t seen since Season 9, who is a big part of the Smoking Man’s backstory: Jeffrey Spender.

Also Read: Fans React To That 'X-Files' Twist: 'Are You Kidding Me?'

Spender (Chris Owens) was an FBI agent who first showed up in 1998, taking over control of the X-files project when Mulder and Scully (Gillian Anderson) were reassigned. Over the next few seasons, Spender found himself at odds with them, encountering aliens and following the Smoking Man’s orders.

But it turned out that Spender was actually the Smoking Man’s son — and not only that, but he was also Mulder’s half-brother. Spender eventually turned on his father and helped get Mulder and Scully reassigned to the X-files, but he was shot by his father and apparently killed.

Spender survived the attack, but his father then apparently experimented on him for years, disfiguring Spender so much that he was unrecognizable. He later broke into the FBI and was captured, and medical tests performed on Spender briefly led Scully to believe he was Mulder — confirming the fact that the two men were half-brothers. Spender had shown up to inject Scully’s son, William, with something that would cure him of his superhuman alien abilities and make him “normal.”

In the premiere episode of “The X-Files” Season 11, Spender shows back up and apparently got some skin grafts and reconstructive surgery to make him look more like he did back in 1998. We see him coming under attack from someone looking for “the boy.” As we learn during the episode, Scully and Mulder trusted their son to Spender, who helped put him up for adoption. The idea was that Scully and Mulder wouldn’t know where William was, to make it harder for their enemies to find him.

With what seems like a final battle brewing between the Smoking Man and Mulder and Scully, it is fully possible that we’ll see Spender return later in the season. Now that the agents have an apocalypse to avert, Spender, as one of two sons of the Smoking Man, could be a pretty useful ally.