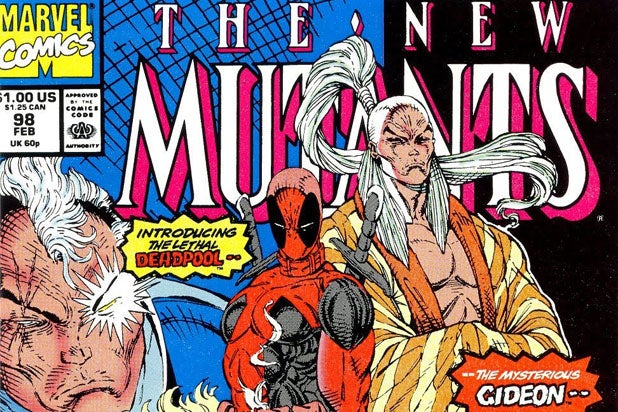 “X-Men” producer Simon Kinberg promised some “familiar faces” in the upcoming “New Mutants” film, which will put a young adult spin on the mutant characters.

“Traditionally, the New Mutants have some characters that cross over from the mainline X-Men movies,” Kinberg told IGN. “As we are going, I would say it’s likely that you will see some familiar faces.”

When asked about other characters we might see in the film, Kinberg said that “there’s a long long list of names, and I’ll tell you some of the names on that list I don’t even know. That’s how deep it goes.”

See Video: Hugh Jackman Rescues His Son and Other Swimmers From Riptide in Australia

Josh Boone (“The Fault in Our Stars”) is co-writing and directing the film, based on the Marvel comic about a group of young X-Men in training.

Boone and his writing partner are working on the script, says Kinberg of the film’s status. “They’re doing a really nice job of it, and it’s a really cool one, because in many ways, like ‘Deadpool’ was so different from the mainline ‘X-Men movies,’ ‘New Mutants’ … It’s maybe not as different as ‘Deadpool,’ but it has its own unique, original voice to it.”

The founding team of New Mutants characters was created by Chris Claremont and Bob McLeod, first appearing in 1982’s “Marvel Graphic Novel #4,” which featured a huge ensemble cast and eventually introduced Deadpool once the team got its own comic book series.

Kinberg added, “That’s the fun for me, working in the ‘X-Men’ universe, creating these sort of standalone movies that have a different vibe to them. And ‘New Mutants’ has more of a YA [young adult] vibe to it.”

The spinoff has no planned release date. Meanwhile, Fox is preparing to release “X-Men: Apocalypse,” which is slated for a May 27 premiere, starring James McAvoy, Michael Fassbender, Jennifer Lawrence and Nicholas Hoult.