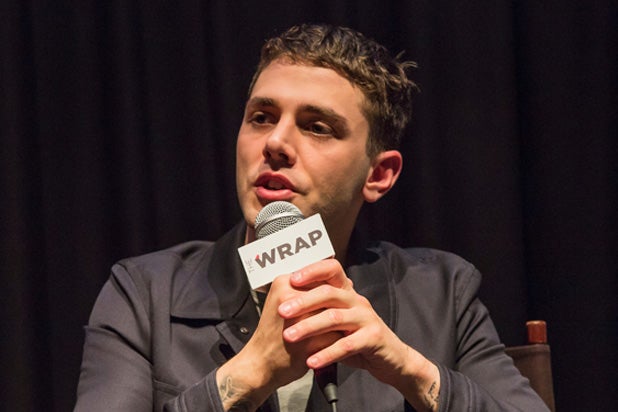 Xavier Dolan, a French-Canadian filmmaker with a penchant for gritty, emotionally open characters, made his newest movie,”It’s Only the End of the World,” after being drawn to the universal aspects of the characters in a stage play.

“They’re not your go-to heroes,” Dolan told TheWrap founder and editor-in-chief Sharon Waxman at a post screening Q&A on Wednesday. “These are tough protagonists; they lie, they scream, they cry … they’re tough — but aren’t we all? We conceal things, we’re not always open books, its hard to be honest emotionally. That’s what drew me to this endeavor.”

Dolan, whose film is Canada’s submission for Best Foreign Language Film, said one of the other thorny challenges of shooting the film was deciding how to adapt the material from its origins as the stage play “Juste la fin du monde“ by the late playwright Jean-Luc Lagarce.

“After a few days … it became sort of obvious that we were doing too many wide shots,” Dolan said of his film which explores the inner workings of a family beset with unexpected tragedy and the often painful, sometimes angry dynamics within.. “It was like we were filming theater.”

So Dolan employed a visual style filled with close-ups, an unrelenting approach that’s almost claustrophobic — something he said was necessary to honor the playwright’s intention.

“The thing with that playwright’s vernacular that’s very interesting is it seems like there’s an irony in that language: ‘I’m using words, a lot of words, to say everything except that which matters.’ How can you mirror that with filmmaking?” he said.

“There’s so much dialogue, the film is so verbose, and there are so many layers of information that are disguised in words, it felt necessary to come as close as we could to their faces and eyes … the actors were so expressive it felt just right to be that close.”

The story centers on Louis, a gay playwright (Ulliel), who returns home after 12 years,with grim news for his family: He’s dying of an unspecified terminal illness. Resentment and bitterness rise to the surface on one fateful afternoon, as he interacts with his sister Suzanne (Seydoux), his mother Martine (Baye), his brother Antoine (Cassel) and Antoine’s wife, Catherine (Cotillard), in the crowded space and time of one home and one day.

“You know very little about the characters — you know nothing, actually,” Dolan said. “The environments are almost permanently obscure. You don’t have descriptions, you don’t have atmosphere. The one thing that’s clear is that all of them are bruised beings who are aching and are all concealing a lot of pain, bitterness. They have a lot of problems, lots of issues. They are hard to love but they do have love in themselves.”

Dolan, 27, has acquired an enfant terrible reputation in the film world; “Mommy,” “Laurence Anyways” and “Tom at the Farm” have all received wide acclaim and have helped make Dolan a director to watch. And “It’s Only the End of the World”

He described the film, his first in English, as “a story of a TV star in the 2000s who gets framed by the media and sees his life and professional career destroyed by a sex scandal … sort of a reflection on diversity and identity in Hollywood.”