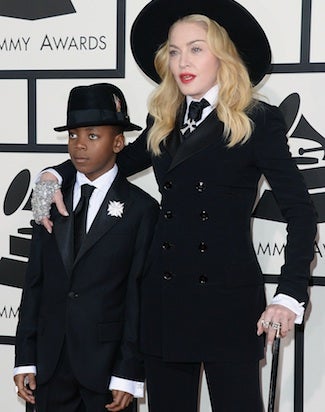 BEST: Madonna and Son David's matching suits
Watch out, Diane Keaton. You are no longer the best dressed pantsuit enthusiast in town, because Madonna went back to her "Express Yourself" roots and then went over-the-top by including a hat, a cane and a matching child by her side. 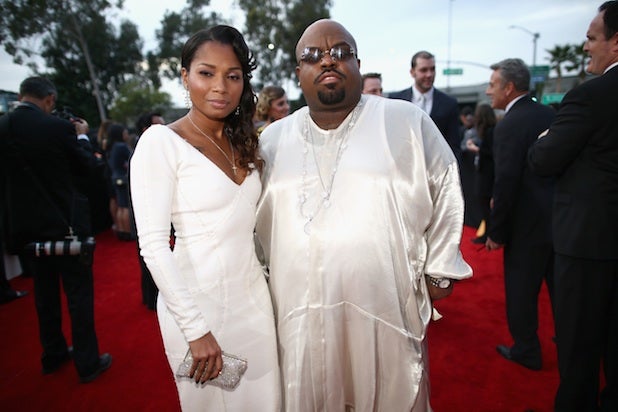 WORST: CeeLo Green's 'CeeThrough' Nightgown
While his silky white threads sure looked comfortable, they also clearly exposed his white undershirt and made him look like he was on a trip from his bedroom to the bathroom, not the biggest night in music. Next year, consider leaving the over-priced Snuggie at home and wear a suit, instead. 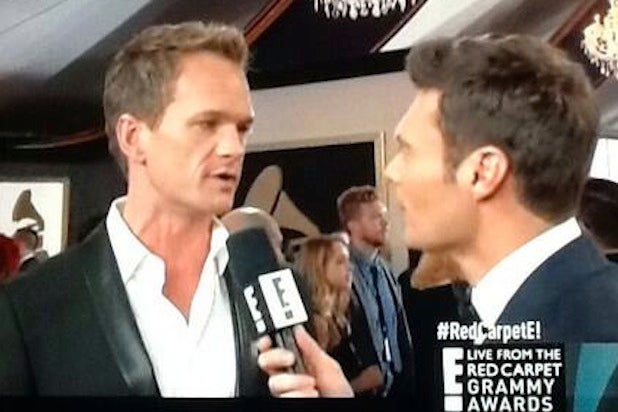 BEST: Ryan Seacrest's Perfectly Awkward Interview with NPH
E!'s Ryan Seacrest and Neil Patrick Harris spoke just before the Grammys kicked off. It was unintentionally hilarious and entertaining. This includes Seacrest asking the openly gay NPH if he wanted to undress pop and country star Taylor Swift after NPH complimented her dress. Huh? But nothing topped the moment when NPH complimented Seacrest on his tux and Seacrest awkwardly complimented him right back. It's OK to compliment NPH, Seacrest. The sexual tension... 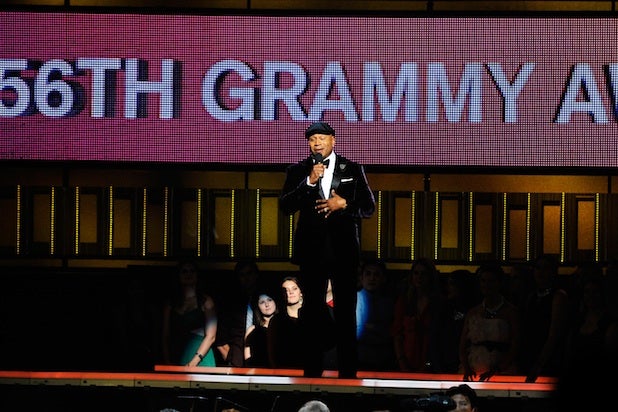 WORST: This Is an AWARDS Show, Right?
Two, yes, TWO Grammys were given out in the first hour of the CBS telecast -- dismantling any preconceived notion that this was actually an awards show. The majority of the time was filled with performances. During the 8 p.m. to 9 p.m. ET hour, Macklemore & Ryan Lewis won Best New Artist and Daft Punk featuring Pharrell Williams earned a trophy for Best Pop Group/Duo Performance. 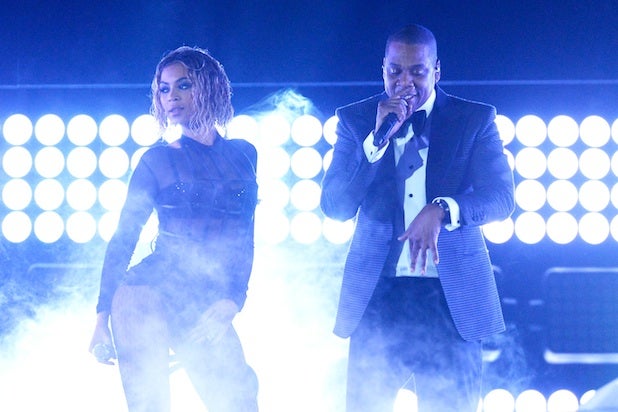 BEST: Bey and Z Steam Up the Stage
That opening. Beyonce's wet look. Jay-Z's suit. The couple's "Drunk In Love" shut down the awards just as they were getting started. 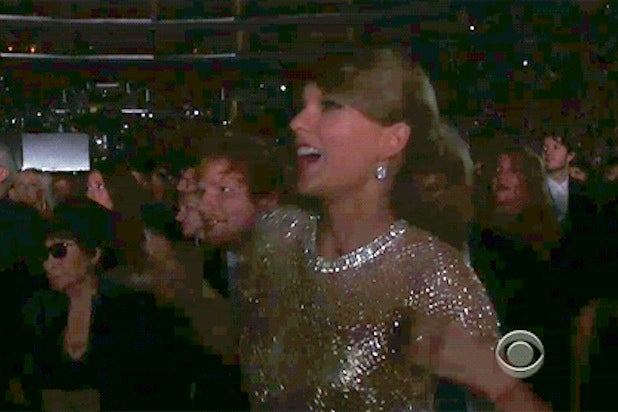 WORST: Camera Cuts to Taylor Swift, Sobers Up 'Drunk In Love' Performance
How do you cool off the heat that a very sexy Beyonce and Jay Z emitted during their "Drunk In Love" performance? Cut to Taylor Swift singing and dancing along. Seriously. How many years are they going to cut to this woman in the audience during live performances? It kind of worked last year with the Lumineers' "Hey Ho" but Bey and Jay didn't need Swift's cosign. 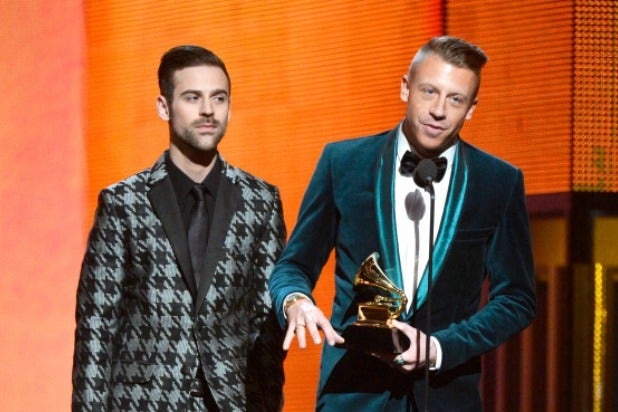 BEST: Macklemore and Ryan Lewis Sweep Early Rap Awards, Best New Artist
They dedicate their songs to positive messages and they did it all themselves. They independently produced, recorded and released their album, "The Heist." It reached No. 1 on iTunes within hours of being released in 2012 with no mainstream promotion or support. 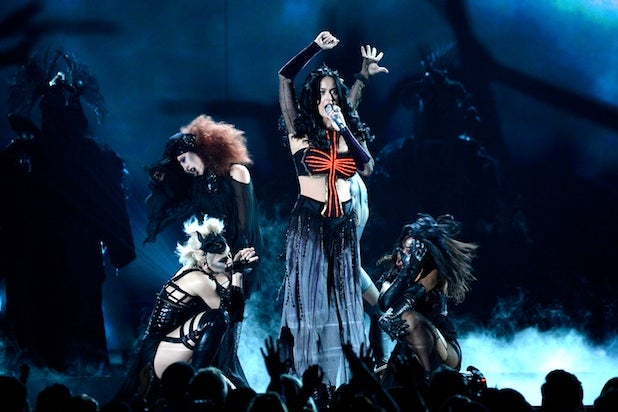 BEST and WORST: American Horror Story: Katy
Katy Perry warned us last year that she's shedding her bubblegum image. Well, she undersold that. Her witchy performance of "Dark Horse" seriously had viewers wondering if Morticia Addams had a new single. 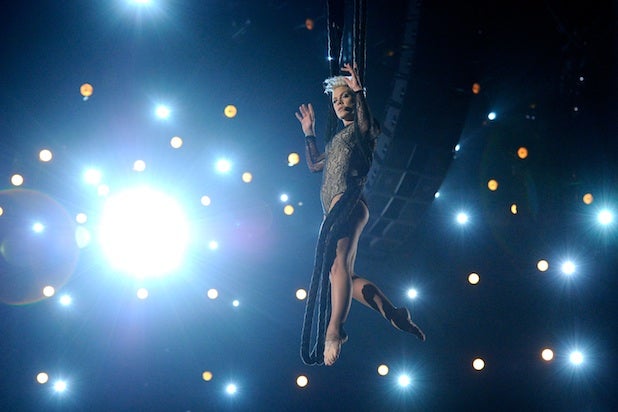 BEST: Cirque de Pink
We have heard that Pink leaves it all on the stage during live performances. But, this took her dedication to new heights. The pop singer performed beautiful, complicated tricks while hanging over the audience. 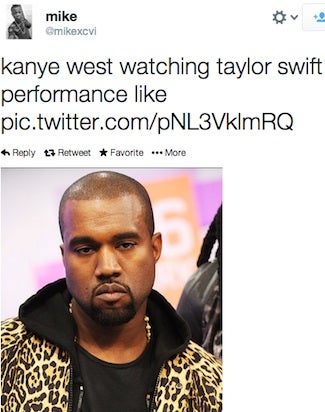 BEST: Taylor Swift Hater-ade
Simply search Taylor Swift during her Grammy performance and you'll get a lot of hilarious GIFS like the one here. It may not be nice, but it's entertaining. 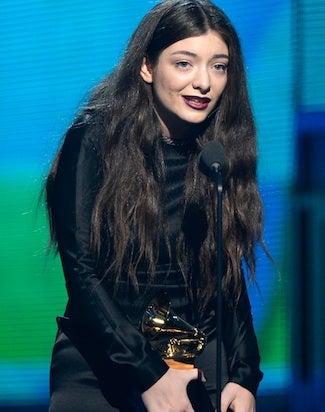 BEST: Lorde Is Just a Girl Asking Listeners to Love Her
She may look like a member of a witch coven and those claw finger nails don't help. But, Lorde was clearly thrilled by her wins for Best Pop Solo Performance and Song of the Year for "Royals." That's when you remember she's just 17 years old and will have years to explore wearing colors and discover the sun. 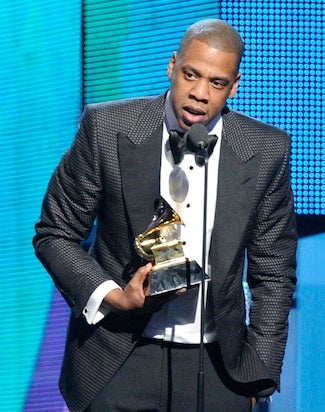 BEST: Blue Ivy's New Gold Sippy Cup
Jay Z is the best dad ever. While accepting his Grammy for Best Rap Song, he tipped it over and said, "Look, Daddy got a gold sippy cup for you!" 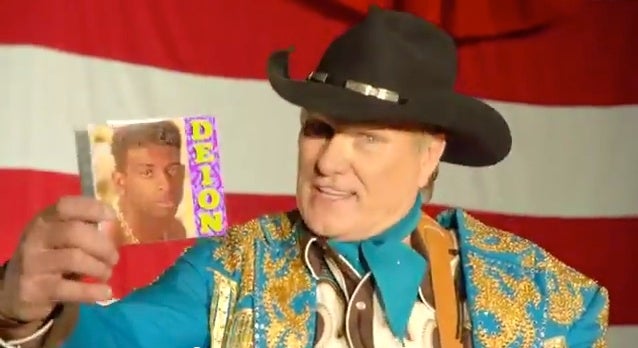 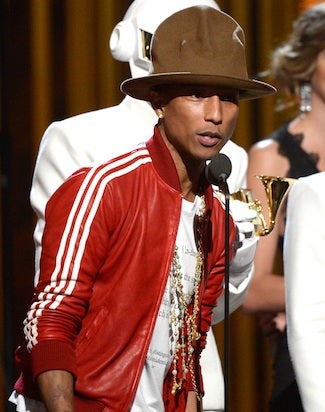 BEST: Pharrell's Grammy Hat and Its Twitter Handle
When super producer Pharrell Williams showed up to the Grammys in a hat that a number of people laughingly compared to the Arby's logo, Twitter went wild. But who could've predicted that the oddly shaped chapeau would end up with its own Twitter handle @Pharrellhat (https://twitter.com/Pharrellhat)? Best indeed. 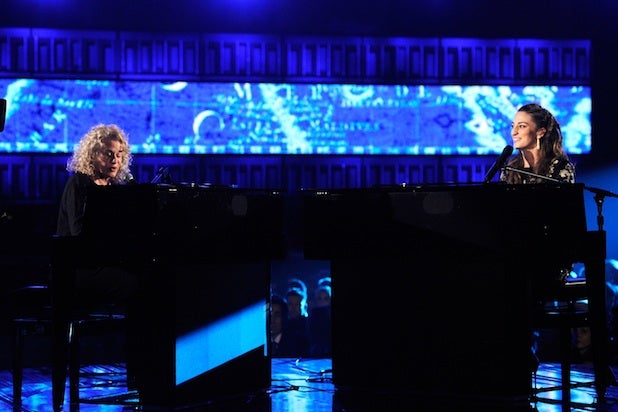 BEST and WORST: Two Good Things That Aren't Good Together
Carole King? Win. Sara Bareilles (especially after Katy Perry ripped off "Brave")? Win. Their version of "Brave," though, took all the life out of the song. It was like really bad cabaret, the kind that would make the two drink minimum totally doable. 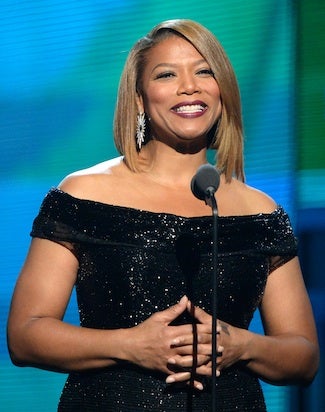 WORST: That Was NOT Queen Latifah Coming Out
She was just introducing Macklemore and Ryan Lewis' "Same Love" performance and a mass wedding with gay and straight couples from all racial backgrounds. Time and place, people. 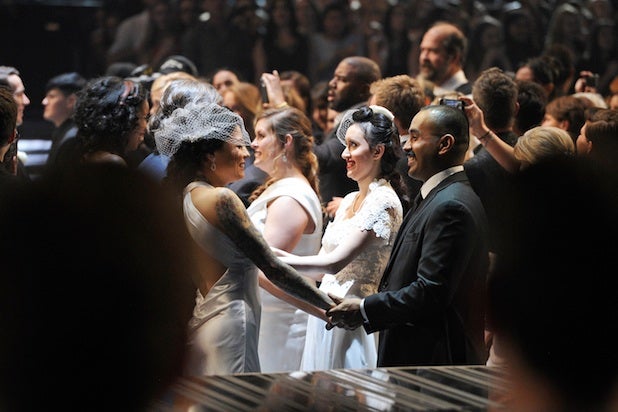 BEST and Worst: 33 I Do's, 1 Oh No
Macklemore, Ryan Lewis, Madonna and Queen Latifah presided over a touching mass wedding of 33 couples during the Grammys. It would've been a perfect moment if it wasn't reported this morning that there was to be 34 couples. So, who got cold feet? 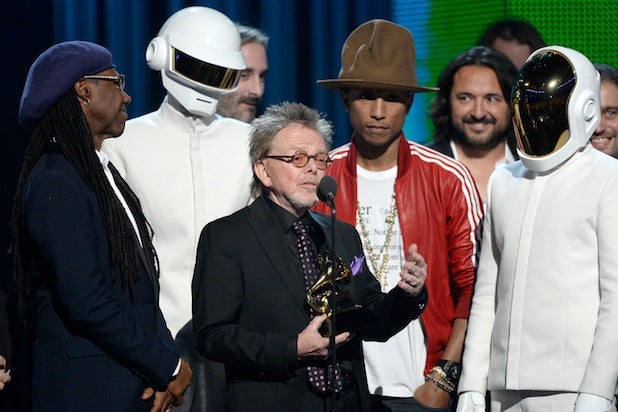 BEST: Daft Punk -- Robots With Feelings
There was no break in character for the French electronica-producing duo who won Album of the Year, Record of the Year and Best Pop Duo/Group Performance award with Pharrell Williams and Nile Rodgers. In helmets as always, because they adopt mute robot characters onstage – their producing partners did the talking. 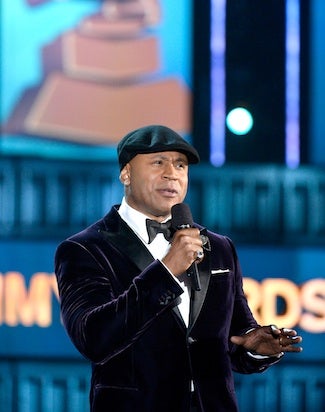 WORST: Why's LL Cool J Here Again? It's time for the Grammys to find a host who actually adds something to the show. There's music, drinks, and trophies. LL doesn't have the chops to keep things moving and grooving. We need someone who can make this three-plus hour Snoozapalooza more like Lollapalooza.