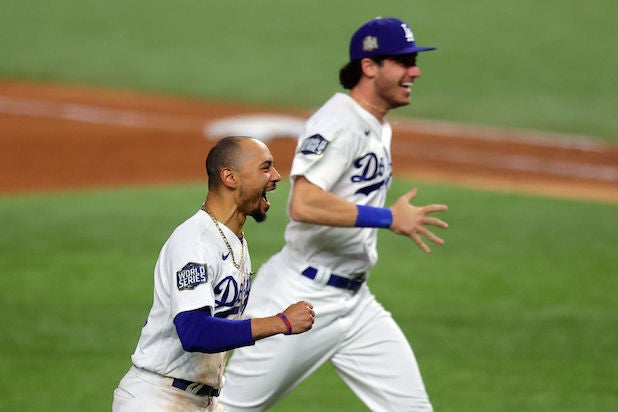 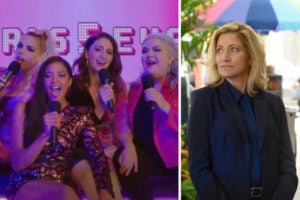 For millions of baseball fans, spring is usually synonymous with Opening Day and fantasy baseball drafts. But for those who are unable to get together with their friends to draft in-person this year, thanks to the pandemic, Yahoo Fantasy Sports is looking to make it a little easier to stay connected (and still talk some trash) by launching Draft Together, a new live video chat feature allowing friends to, that’s right, draft together virtually.

Draft Together officially launched on Tuesday, TheWrap has exclusively learned, and will be available for private leagues with 12 teams or less. The new feature will be displayed alongside the Yahoo Fantasy draft interface for 2021 fantasy baseball, making it easy to spot, and will offer up to 12 rotating video frames that are displayed right alongside your league’s draft. That way, if your friend drafts a pitcher with a 5.00 ERA in the third round for some reason, you can let them know what you think right to their face, instead of just shooting them a sarcastic comment in the chat box.

Here’s a sneak peek at how it’ll look on Yahoo Fantasy: 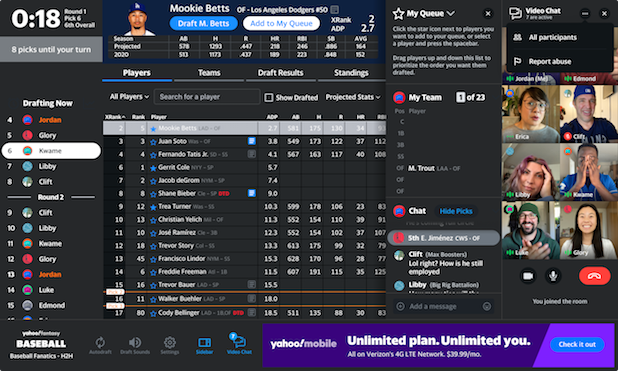 “At Yahoo, our mission is to innovate and deliver next-gen experiences that create connection and community,” Joanna Lambert, head of consumer at Verizon Media, told TheWrap. “Certain behaviors, like video chatting with friends and family to stay connected, is an aspect that we’ve become accustomed to over this past year and we believe will stay long-term. Friends can virtually be in the same room regardless of where they live. As a media and technology company, we know we have a unique opportunity to transform the fan experience.”

Draft Together will be available on desktop to start, and Lambert added that Yahoo plans on rolling out the feature for both Yahoo Fantasy Football and Fantasy Basketball drafts later this year.

Fantasy Plus will give users access to a number of tools, including advanced research, trade insights, advanced stats and the ability to edit lineups easier. As Lambert said, “This is designed for the passionate fan who wants to gain a leg up on the competition.”

Subscribers will be able to access Fantasy Plus from both Yahoo Fantasy’s desktop site, as well as its app. The service will cost $8 per year, and Yahoo is currently offering free 7-day trials to all of its fantasy players.