“America’s Next Top Model” alum DaCosta has starred on the Dick Wolf-created medical drama for all six of its seasons, playing the role of April Sexton, a smart, bold and intuitive nurse with the ability to adeptly tackle the most harried of circumstances in the hospital.

Inspired by Lawrence Otis Graham’s book, “Our Kind of People: Inside America’s Black Upper Class,” the new Fox series takes place in the aspirational world of Oak Bluffs on Martha’s Vineyard, a historical stronghold where the rich and powerful black elite have come to play for more than 50 years. 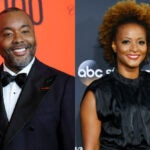 “Our Kind of People,” which will air during the 2021-2022 season, follows strong-willed, single mom Angela Vaughn (played by DaCosta) as she sets out to reclaim her family’s name and make an impact with her revolutionary haircare line that highlights the innate, natural beauty of Black women. But she soon discovers a dark secret about her mother’s past that will turn her world upside down and shake up the community forever.

Angela is described as fashion-forward “boho” woman, an up and coming hair products entrepreneur. Angela grew up in a working class household and has never gotten over the fact that her wealthy father (who she never met) turned his back on them. A lot of her bravado and moxie is to protect her heart.  After the death of her beloved mother Eve, Angela inherits a waterfront Main Street property on Martha’s Vineyard and moves there with her alienated daughter Nikki. Angela intends to open a store on the island and further build her brand, and she’s hoping to gain acceptance into the Vineyard’s elite and long-standing Black community. But her way is blocked by Leah Franklin Dupont, the social arbiter who rules the roost on the island. However, Angela is a fighter who isn’t deterred.

“Our Kind of People” is written and executive produced by Karin Gist. Additional executive producers include Daniels and Marc Velez for Lee Daniels Entertainment, Pam Williams and Claire Brown for The Gist Of It Productions, Ben Silverman, Howard T. Owens and Rodney Ferrell for Propagate and Montrel McKay.