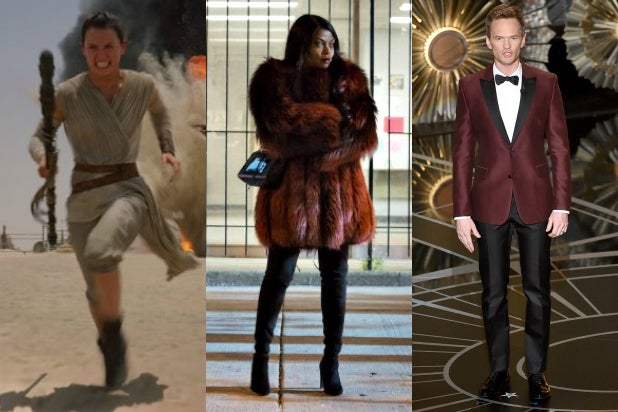 “Star Wars: The Force Awakens,” “Empire” and the Academy Awards were huge on Twitter in 2015 — but not big enough to be the top film, TV series, and special, respectively, on the social media platform.

Cable’s biggest TV show “The Walking Dead” claimed the small-screen crown for most popular series on the social media platform. “The Bachelor” was runner-up, with “Game of Thrones,” “The Bachelorette,” and “Empire” rounding out the Top 5.

In terms of specials, the Grammys bested the Oscars, while the 2015 VMAs, Golden Globes, and AMAs earned the remaining Top 5 slots. It’s important to note here that the rankings begin in January and count through November, so NBC’s “The Wiz Live” wouldn’t have even been in contention.

Heading off to the theater, it was all “Fifty Shades of Grey” this year. Naturally, the Valentine’s Day release gave it a huge head-start on “Star Wars: The Force Awakens,” which still isn’t out yet and had to settle for fourth place per these somewhat early 2015 rankings.

The upcoming “Episode VII” also sat behind “Furious 7” and “Avengers: Age of Ultron,” but topped “The Hunger Games: Mockingjay – Part 2.”

All below rankings are per Nielsen Twitter TV Ratings. As an added bonus, the televised ones include their genre’s top-tweeted minute of the year.