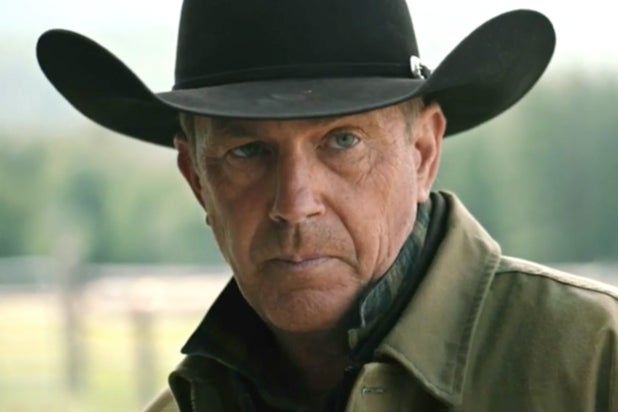 The third season, which already ran on cable channel Paramount Network, is joining Seasons 1 and 2 on Peacock, which will soon be the only streaming service with the entire “Yellowstone” series (to date).

Peacock, which will add “The Office” to its portfolio in January, is home to the libraries of “Parks and Recreation,” “Everybody Loves Raymond,” “Kings of Queens,” “Two and A Half Men,” “Downton Abbey,” “Ray Donovan” and “New Amsterdam,” among other comedies and dramas.

“Yellowstone” stars Kevin Costner as John Dutton, who controls the largest, contiguous ranch in the United States. Amid shifting alliances, unsolved murders, open wounds, and hard-earned respect; the ranch is in constant conflict with those it borders; an expanding town, an Indian reservation, and vicious business rivalries, the show’s logline reads.

The series was co-created by Taylor Sheridan and John Linson, In addition to those two and Costner, Art Linson, David C. Glasser, Bob Yari and Stephen Kay executive produce the western.

Season 3 was cable’s most-watched series of 2020 (thus far), according to Nielsen ratings.

“Yellowstone,” which hails from 101 Studios, will continue to debut new seasons on Paramount Network, which is being rebranded to Paramount Movie Network.

As part of the Paramount rebrand, the ViacomCBS-owned cable channel is moving out of unscripted programming — meaning that “Ink Master, “Wife Swap,” and “Battle of the Fittest Couples” are all canceled.

Other unscripted series like “Lip Sync Battle” and “Bar Rescue” will move to other networks.

The move is the latest change for the constantly-shifting network, which was rebranded from Spike in 2018. The channel has also been known as TNN, or its full name The Nashville Network when it first launched in 1983.

Paramount Movie Network will now focus on airing made-for-TV movies with plans to air about one a week for a total of 52 each year. Once each quarter, the network will air a miniseries or full scripted series with the idea of turning them into future films.

The name change will take effect next year and be global.