In some other, alt Spock-with-a-beard universe, the new movie “Obsessed” would be as little as its producers wish it to be: an elongated, filmed catfight targeted toward young men who’ll willing hand over their hard earned pay in hopes of witnessing the female leads rip each others’ shirts off.

It stars Idris Elba whose secretary, Ali Larter, overreacts to some mild on-the-job flirtation, and things escalate from there between Larter and Elba’s wife played by Beyoncé Knowles. A perfectly fine little bit of been there/done that "crazy woman goes crazy for some other woman’s man" programmer.

“Fatal Attraction” and “Play Misty for Me.”

But by accident or design — I’m guessing accident – “Obsessed” carries the most social-political wallop entertainment’s had to offer since the Obama and Clinton stand-ins got into a tussle on WWE.

First, Elba and Knowles play a middle-class, happy-but-bored married couple who are feeling the stress of raising their first child … And they just happen to be black.

How’d all that get past the fake liberal studio execs who rarely if ever portray middle-class black families in lead roles in films?

And the black man’s got a white person working for him. And she’s a she. And she’s hot for the black man, all of which is a flip on a grip of social fears that have been pervasive on film going back to “Birth of a Nation.”

And to protect her family, the black wife of the black man — SPOILER ALERT … unless you’ve seen the trailer — kicks the crazy white woman’s pale backside. That makes the film the biggest black woman’s wish fulfillment revenge fantasy that doesn’t star Tyler Perry in drag ever!

And while the text of the movie is clear, it’s the subtext that is even more powerful. I can’t help but read Elba as President Obama, Larter as a crazy tea-bagger and Knowles as Michelle Obama come around with those cut guns she’s always sporting ready to dump that tea-bagging you-know-what back in Boston Harbor.

I’m sorry, but “Obsessed” is a movie that challenges. Ironically, more so than the other major film it opens against: “The Soloist.”

Despite the considerable talents of the its two leads – Jamie Foxx and Robert Downey, Jr. — that film looks like the umpteenth telling of the liberal white (although in real life the character he portrays was Hispanic, Downey Jr. has proven he can play any ethnicity) whose life is changed by yet another version of the "magical black man."

Far too saccharine and on-the-nose for me. I’ll take social commentary wrapped in the artifice of sexy salt-and-pepper, girl-on-girl action any day. 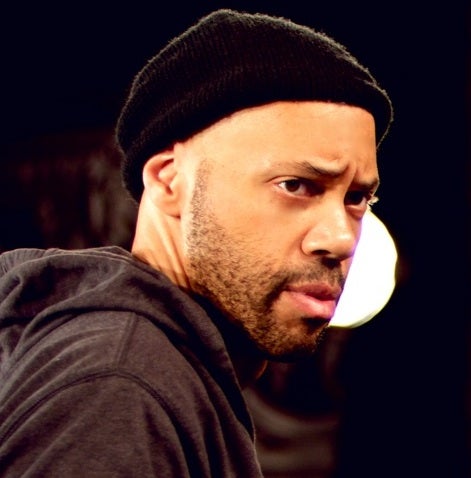