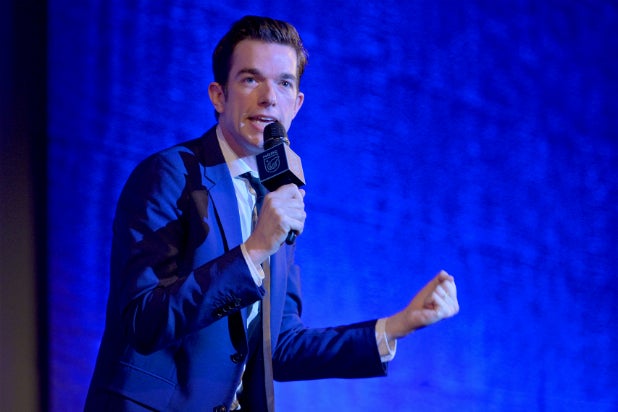 The U.S. Secret Service really did open an investigation into John Mulaney after he made a joke about President Trump on “SNL,” and that probe now appears to be closed with no findings of wrongdoings.

Last month, the comedian Mulaney told Jimmy Kimmel that one of his jokes from an “SNL” monologue last February about the Leap Year, Julius Caesar and a veiled reference to Donald Trump landed him in some hot water with the Secret Service and that a file was opened on him. (“Am I stoked there’s a file on me? Absolutely. Did I enjoy it in the moment? Not so much.”)

The Associated Press then on Tuesday obtained through a Freedom of Information Act request that very file from the Secret Service. It lists in detail the text of Mulaney’s routine (the delivery is all off though) and mentions that though the bureau did not directly contact Mulaney, it did contact NBC’s Thomas McCarthy, the global chief security officer and senior vice president at NBC Universal.

The Secret Service found that Mulaney had made “inappropriate jokes about President Trump” but also notes that he made no direct threats toward the President.

The file on Mulaney was opened in March and was closed in December, five days after Mulaney mentioned the file on “Kimmel.”

It’s no surprise the joke in question raised a few eyebrows, and Mulaney said it also earned the ire of right-wing media, with the Secret Service report even citing a Breitbart article titled: “SNL: John Mulaney Jokes that Senators Should Stab Trump Like Julius Caesar.”

Mulaney said in his monologue, “Another thing that happened under Julius Caesar, he was such a powerful maniac that all the senators grabbed knives, and they stabbed him to death. That would be an interesting thing if we brought that back now.” He then said that he asked his lawyer if he was allowed to make that joke. “He said, let me call another lawyer, and that lawyer said yes.”

Perhaps contradicting the Secret Service report, Mulaney said previously said he did speak with someone at the bureau and said that whomever it was (they are secret) was at least polite. “They were very nice in the interview. In terms of risk assessment, no one who’s ever looked at me thought I registered above a 1,” Mulaney joked.