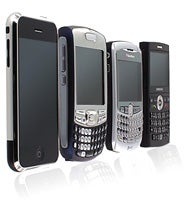 While print publishers recognize a growing market, most admit they do not have solid plan.

Rupert Murdoch’s comment last week that he planned to charge users who access the Wall Street Journal on their mobile devices drew the ire of some subscribers and sent some shockwaves throughout the industry.

At least he had a plan.

According to a new survey by the Audit Bureau of Circulations entitled “How Publishers are Preparing for the Burgeoning Digital Market,” nearly 70 percent of print executives said that mobile is “receiving more attention at their publication this year than last.” Yet, just over a third believe their publication “has a well-developed plan for attacking and conquering the mobile market.”

While ABC spun this as a positive sign, I think it’s a tad scary. How long have smartphones been around? Eight years?

This lack of urgency seems to stem from some degree of skepticism about the digital market – and, as illustrated by Mr. Murdoch’s moves last week, the lack of a solid model – and a stubborn loyalty to ink-on-paper:

“Regardless of mobile’s anticipated rise, ABC publisher members do not plan to abandon their print publications in favor of a digital-only product in the near term,” according to the survey. “While 55 percent believe that digital delivery of their publication is important to their strategic future, three-fourths believe that their publication will be available in a print form five years from now.”

What this means — perhaps more disturbing for those whose livelihood depends on print – is that one in four print publishers do not believe their publication will be available in a print form five years from now.