“Dogtooth” and “The Favourite” director Yorgos Lanthimos has set up the cast for what will be his next film titled “AND” at Searchlight Pictures, and he’s set an A-list cast of Emma Stone, Willem Dafoe, Jesse Plemons and Margaret Qualley to star.

Plot details are being kept under wraps for the project, but it’s a reunion between Lanthimos, Stone and Searchlight as the director is now in postproduction on his upcoming film “Poor Things.”

The film will begin principal photography in New Orleans next month.

Lanthimos co-wrote the script for “AND” with Efthimis Filippou (“The Lobster,” “The Killing of a Sacred Deer”), and it was developed by Element Pictures and Film4. The film is produced by Ed Guiney and Andrew Lowe of Element, along with Kasia Malipan and Lanthimos. Film4 co-financed the project. 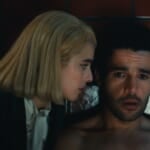 “Working with Yorgos continues to be a highlight for us at Searchlight, and this is yet another truly original project that sets his work apart,” Searchlight presidents David Greenbaum and Matthew Greenfield said in a statement. “Working again with Emma, Jesse, Willem, and Margaret as well as Element and Film4 is just the icing on the cake.”

“This is our fifth film with Yorgos and we are delighted to reunite once again with Searchlight and Film4 on this brilliant script by Yorgos and Efthmis. Yorgos has drawn an incredible cast and crew and we are dying to get started,” Element’s Ed Guiney and Andrew Lowe said.

Lanthimos’ most recent film was 2018’s “The Favourite,” which was a Best Picture nominee and earned Stone an Oscar nomination, as well as won an Oscar for Olivia Colman. His next film “Poor Things” also stars Stone, Qualley and Dafoe alongside Mark Ruffalo. 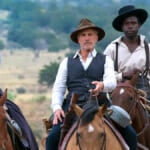 Stone in addition to “Poor Things” is starring in and producing “The Curse” for Showtime and A24.

Plemons was recently nominated for an Academy Award for his performance in Jane Campion’s “The Power of the Dog,” and he’ll next have a role in Martin Scorsese’s “Killers of the Flower Moon.”

Dafoe most recently starred in Guillermo del Toro’s “Nightmare Alley” and West Anderson’s “The French Dispatch,” both released by Searchlight, and he was also seen in “The Northman” And “Spider-Man: No Way Home.” He next stars in Walter Hill’s “Dead for a Dollar,” “Gonzo Girl” from Patricia Arquette and “Inside” from Vasilis Katoupis.

Qualley recently starred in Claire Denis’ “Stars at Noon” and the TIFF film “Sanctuary.” She’s an Emmy nominee for her work in “Maid.” 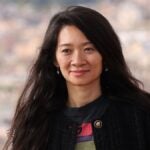