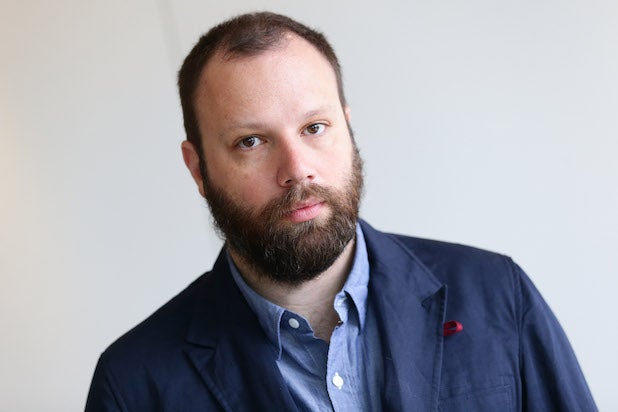 Yorgos Lanthimos, the Oscar-nominated director of “The Favourite,” will next write and direct “Pop. 1280,” an adaptation of a 1964 crime novel by Jim Thompson, an individual with knowledge of the project tells TheWrap.

Lanthimos will develop the film at Imperative Entertainment, which will produce with Element Pictures in association with Discovery Productions.

Thompson’s novel is about a sheriff in a town with a population of 1280 people who presents himself as a simplistic, harmless fool, but in actuality is a manipulative psychopath and serial killer who preys on the worst impulses of the small town folk.

Also Read: 'The Favourite' Director on Finding 'Synchronicity' in a Period Drama About a Mad Ruler

Andrew Lowe and Ed Guiney of Element Pictures are producing along with Lanthimos, Ryan Friedkin on behalf of Imperative Entertainment and John Alan Simon of Discovery Productions. Dan Friedkin and Bradley Thomas of Imperative Entertainment are executive producing along with Micah Green and Dan Steinman of 30WEST, Elizabeth Karr of Discovery Productions, Ilene Feldman and Jon Levin.

Element Pictures has handled all of Lanthimos’ English language films, including “The Lobster,” “The Killing of a Sacred Deer” and “The Favourite.”

Several of Thompson’s novels — like his hard-boiled crime stories “The Getaways,” “The Grifters” and “The Killer Inside Me” — have been adapted into films. Thompson also collaborated on the screenplays for “The Killing” and “Paths of Glory” with director Stanley Kubrick.

Imperative is the production company behind Clint Eastwood’s “The Mule” and the upcoming “Late Night,” which premiered at Sundance. They’re also working on “Killers of the Flower Moon,” which has Martin Scorsese attached to direct.

30WEST will arrange the financing and distribution for the project.

Lanthimos is represented by CAA, Ilene Feldman Management, and Sayle Screen in the UK. Discovery Productions and Simon are represented by attorney Lawrence Kopeikin of Morris Yorn and manager Jon Levin of Fourward. The deal was negotiated by Jessica Kantor on behalf of Imperative Entertainment