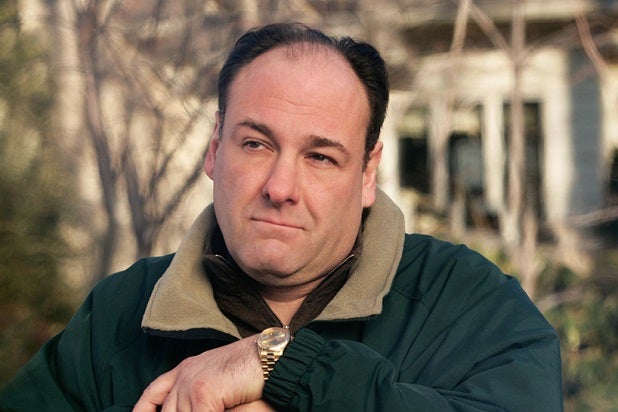 The owners of Tony Soprano’s (James Gandolfini) HBO home are putting their family house up for sale, according to The New York Times. The 5,600 square-foot house is located in North Caldwell, New Jersey.

The iconic TV house’s real-life owners Patti and Victor Recchia are offering their home, which is set on a 1.5-acre lot, for what they call a “starting price” of $3.4 million.

If that $3.4 million price tag seems high, that’s because it is.

Aside from the Recchia House, the most expensive house for sale in North Caldwell right now — per Zillow — is six bedrooms, eight baths, 6,483 square feet. That one is listed for $2.249 million. No other houses in the town are currently listed north of $1.9 million.

“I don’t think you can quantify the intrinsic value of this home,” Victor Recchia, also the owner of Fourth Generation Construction, which built the house and 20 others in the development, told the Times.

Pilot scenes for “The Sopranos” were filmed in the Recchia’s interior, which was then replicated at a soundstage in Queens, N.Y.’s Silvercup Studios. Exteriors — including Tony picking up the newspaper in the opening credits — were also shot there.

The Recchias have lived in their North Caldwell home for 32 years. Over six seasons of the show, the “Sopranos” crew used the property 30-50 times, the couple told the Times.

Victor and Patti Recchia are selling because their adult son moved out many years ago and they don’t need as much space, they said. The Recchias, who are taking bids via email (sopranoshouseforsale@gmail.com, obviously) for their property, plan to stay in New Jersey.