Facebook CEO Mark Zuckerberg and his wife Priscilla Chan welcomed their new baby girl August — yes, named after the month — to the world this week, with a sweet letter posted to the social network. But even if the billionaire’s good news didn’t warm your misanthropic heart, there’s no escaping the Zuck — because you can’t block him on Facebook.

Don’t try to block his wife, either, because you can’t. You’re free to unfollow Zuckerberg and Chan if you want to, but as Quartz first noticed — and staffers at TheWrap confirmed by trying themselves — you’ll still receive updates from the chief exec on your timeline. Shades of “Big Brother,” much?

“Childhood is magical. You only get to be a child once, so don’t spend it worrying too much about the future,” said Zuckerberg. “You’ve got us for that, and we’ll do everything we possibly can to make sure the world is a better place for you and all children in your generation.”

I headed over to Facebook to give blocking Zuck the old college try, and this is what happened: 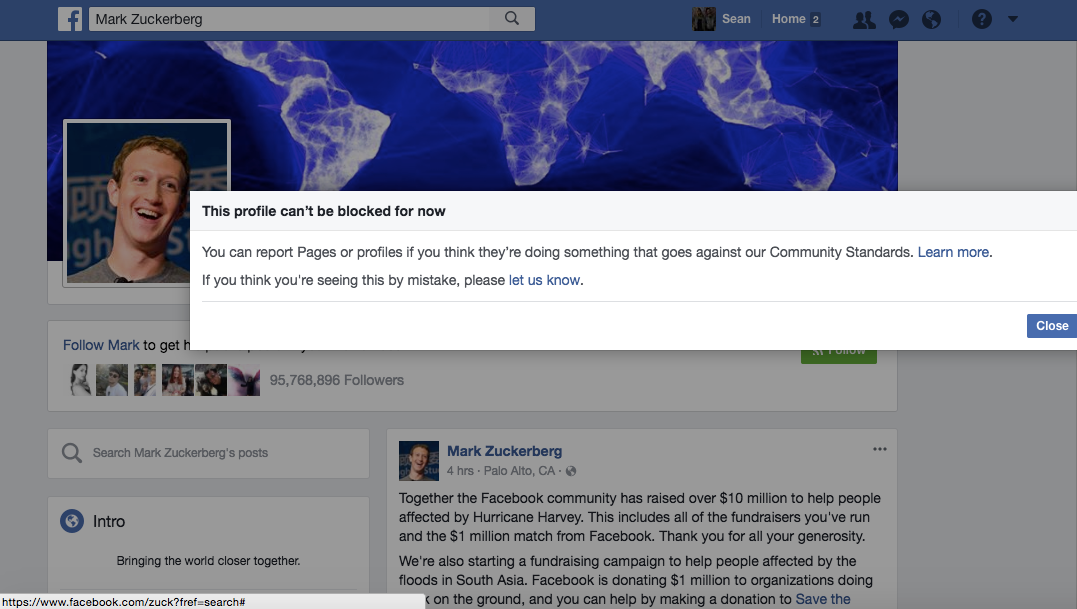 In the words of Wayne Campbell, “denied!” The same goes for Chan’s page. Facebook reps did not immediately respond to TheWrap, which asked why users are unable to block the CEO and his wife.

But if you missed the baby announcement on your timeline, you can check it out below: