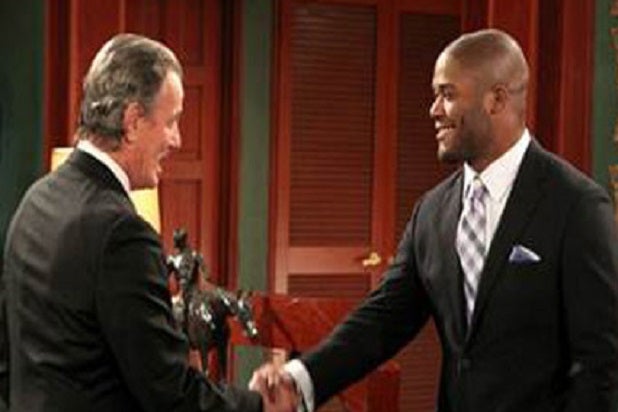 Seattle Seahawks fullback Michael Robinson is about to tackle a new challenge: Acting.

Robinson, whose team easily rolled to victory at this year’s Super Bowl, makes his acting debut on the daytime soap on March 13.

Robinson, who taped his appearance last week, recently told “NFL Access” that “watching the stories” on “The Young and the Restless” is a guilty pleasure of his. Getting wind of his allegiance to the show, producers jumped into action and invited him to appear on the show, and Robinson eagerly accepted.

The football player will appear alongside Eric Braeden, who portrays Victor Newman on the series.

“It was an amazing experience! I’ve been a fan for years and it was great to meet the personalities on the show,” Robinson said of his appearance.

Robinson went on to say: “I’ve always thought ‘Y&R’ was the best show on daytime television because their storylines are always entertaining and intriguing. They welcomed me with open arms and I felt like a part of the ‘Y&R’ family.”